Home > Pressemitteilung: Inventory of archaea in the human ...

Inventory of archaea in the human intestine

All multicellular organisms harbour an unimaginably large number of microorganisms in and on their bodies. The microbiome, i.e. the totality of these microbes, forms a functional, symbiotic unit with the host organism. From supporting nutrient uptake to protecting against pathogens, microorganisms perform vital tasks for the host. On the contrary, disturbances of the microbiome can cause various serious diseases, including inflammatory bowel disease.

In recent years, scientists have presented a large number of microbiome studies. Therein, they investigated connections between the composition and function of the body's microbiome and the development of disease. Most of this work has focused primarily on bacteria, whose various species dominate the microbiome in terms of numbers. One particular group of microorganisms has received little attention so far: the archaea. Although they make on average “only” 1.2 per cent of the total microbiome in the intestine, archaea have vast regulatory effects on the microbiome, as shown in earlier studies.

An international research team with the participation of Kiel University, the Medical University of Graz, Austria, and other international partner institutions from the UK and France, has now presented a characterisation of the hitherto insufficiently profiled “archaeome” of the human intestine on the basis of extensive genome data from large cohorts from various global locations. With this inventory, the researchers led by Professor Ruth Schmitz-Streit from Kiel University’s Microbiology and her colleague from Graz, Professor Christine Moissl-Eichinger, want to expand knowledge about this clade of microorganisms. In the process, they were able to identify so far unknown archaeal species. The scientists recently published their research results in the scientific journal Nature Microbiology.

The new analysis provides the first comprehensive description of the human archaeome. The research team used data sources from numerous existing microbiome studies, each of which includes the complete genetic information of the individual intestinal microbial colonisation of the participating test persons. "First of all, we were able to establish that the human archaeome is far more diverse than was previously known and that it features a core composition of roughly the same species in most people regardless of external factors such as geography, gender or age," emphasises Dr Cynthia Chibani, a research associate in Schmitz-Streit's working group. "In addition to the numerous newly discovered species, we were also able to identify previously unknown types of viruses that can infect archaea," Chibani continues.

In addition to just compiling the species, the research team also looked for connections with already known patterns in the genetic information of the archaea. To do this, they examined more than 28,000 so-called protein clusters, which indicate significant correlations between the archaeal colonisation in the intestine and socio-demographic characteristics of the human hosts. "The occurrence of certain species and the proteins they produce can potentially be used to draw conclusions about age groups or lifestyles, for example," explains Chibani, who carried out the bioinformatic analyses together with shared first author Dr Alexander Mahnert. "At present, however, such meaningful correlations cannot yet be reliably read with regard to possible archaeome-associated disease patterns," Chibani continues.

One other important finding was the split of the previously known species Methanobrevibacter smithii into two species-level clades based on genomic information. M. smithii and its new “sister” Methanobrevibacter intestini are highly prevalent in numerous persons. The interplay of those two closely related species and the relevance for human health remains to be deciphered.

So far, the link of these methane-forming archaea with disease, such as colon cancer or inflammatory bowel disease has not clearly been resolved, probably due to the missed species-resolution to date. For sure, such methanogens are able to support the activity of pathogenic bacteria, for example by consuming inhibitory metabolic products. The research work now published expands the understanding of the human archaeome and provides an extensive genome and protein catalogue for future analyses.

First steps for functional characterisation of the archaeome

Overall, science is only at the beginning in identifying the full diversity of archaea. "The protein catalogue of archaea consisting of 1.8 million proteins can be used in the future as a unique source for developing novel research questions," emphasises Schmitz-Streit, who, together with colleagues in Graz, is particularly active in advancing archaeal research. "These future approaches include, for example, studying the physiology and metabolism of the newly identified archaea or the nature of their communication with the human host," Schmitz-Streit continues. In order to be able to study the functional aspects of the archaeome in the future, the development of new analytical methods is necessary, as these are currently mainly tailored to bacterial species, as well as targeted cultivation of archaea from the human gut. "Overall, our work contributes significantly to the understanding of the human microbiome as a complex, multi-layered network of bacteria, archaea, fungi and viruses," Moissl-Eichinger summarises. On this basis, the researchers hope to decipher the effects of archaea on human physiology and possibly their involvement in disease development step by step in future in-depth work.

First author Dr Cynthia Chibani and her colleagues found that the human archaeome features a core composition of roughly the same species, independent of external factors. 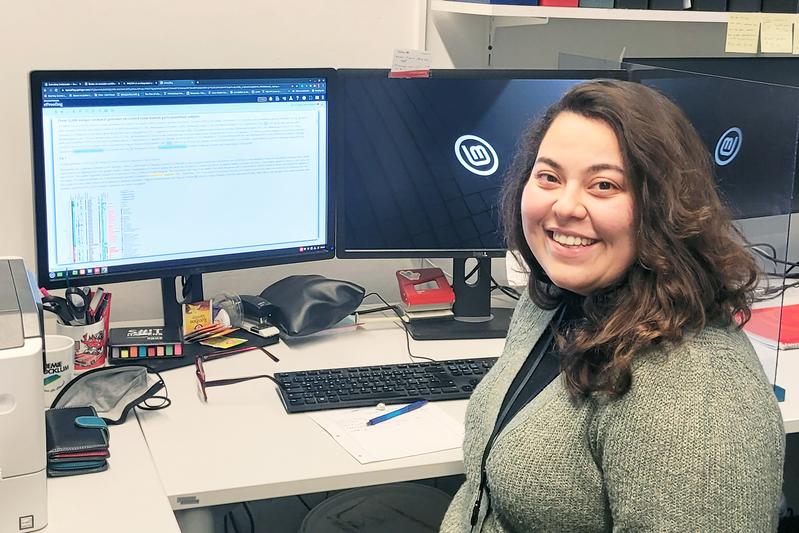