Those who are interested in climate change and wish to understand how algae in the oceans bonds with carbohydrates need to take a look at sugar. Dr. Jan-Hendrik Hehemann is sure of that. The glycobiologist and his research group within the U Bremen Research Alliance have been investigating complex sugars – so-called polysaccharides – and have made groundbreaking findings.

Jan-Hendrik Hehemann is a rather shy person who chooses his words carefully. Yet when he talks about his research group’s findings, he says: “They are exciting. I’m extremely proud of them.” The researchers have discovered a sugar in algae that stores carbon, transports it to the deep sea, and possibly stores it there. “Many imagine sugar bonds to be simple, digestible energy sources. Now, we can show that there is marine algal sugar that cannot, or only with great difficulty, be digested by bacteria and other organisms, be enriched, and thus absorb carbon. That is a change in paradigm. I like that.”

The 42-year-old talks about sulfated fucan, a single polysaccharide. Complex sugar compounds are created by algae by means of photosynthesis. Much like plants on land, micro algae in the ocean absorb the carbon from the atmosphere. The contribution of these tiny single-cell organisms to the climate is enormous. They not only produce half of our oxygen but they also absorb a good half of the carbon emitted by humans and transform more carbon dioxide into biomass than the tropical rainforests.

--- “We do not know where the majority of the carbon dioxide that is released by humans each year goes to.” ---

However, the lifespan of algae is short. When it is attacked by bacteria and enzymes, the algae releases the stored carbon into the atmosphere as part of a continual cycle. Yet some particles can withstand the bacteria’s attacks. They come together, become heavy as a result, sink slowly to the seabed, and take the carbon with them. Sugar plays an important role in this biological pump.

“We do not know where the majority of the carbon dioxide that is released by humans each year goes to,” explains the foundation researcher. “It is assumed that a great deal of it disappears in the ocean. Maybe the complex sugar compounds contribute to the sinking of some of the carbon. When molecules are difficult to break down, they hold great potential as a carbon store.”

Hehemann already worked on the topic of sugar in his chemistry class at school in Hamburg. The majority of plant mass is made up of sugar. It is sometimes 50 percent or more in microalgae. “Polysaccharides in microalgae are complex molecules. With said molecules, nature shows its diversity – there are a gigantic number of differing bonds,” is how the scientist explains his fascination with the bonds. A singular bacterium is not in the position to use marine polysaccharide. They come together, form teams, and use various enzymes to be able to make use of the many different complex sugars.

Thus, it was only logical that Hehemann looked at sugar-splitting enzymes as part of his doctoral dissertation at the Pierre and Marie Curie University in Paris. Further stops abroad - spanning a total of nine years - at the University of Victoria in Canada and at the Massachusetts Institute of Technology followed. Finally, he came to Bremen in 2015. Why? “Because the people who work in the fields of biochemistry and also marine research here are interested in working closely together, in a dedicated manner, and on a high level.”

The researcher took on the role of head of a newly founded bridge research group, which is operated jointly by the Max Planck Institute for Marine Microbiology and MARUM – Center for Marine Environmental Sciences at the University of Bremen. Both members of the U Bremen Research Alliance have worked closely together for many years now. “The Max Planck Institute has fantastic expertise in microbiology and MARUM especially has great experience with large scale processes such as the biological carbon pump,” enthuses Hehemann. Globally, the research group is the first to expediently identify and quantify sugar bonds in the ocean in order to record their role in the carbon cycle.

In 2016, the “POMPU” project started. It is a project funded by the German Research Foundation (DFG), which has become the starting point for current findings. The project focuses on the annual algal bloom off Helgoland. In the coastal regions of all the world’s oceans, massive algal blooms take place. The huge amounts of algal biomass are quickly recycled by marine bacteria. But how does this process work exactly? And what role do polysaccharides play?

--- “We are the first ones to have identified certain polysaccharides in the ocean and investigated them on a molecular scale.” ---

“We wanted to learn to understand it in detail, on a molecular level,” explains Hehemann. An interdisciplinary researcher team assessed the water samples taken off the coast of Helgoland in a laboratory using new, innovative biochemical procedures, which the research group specially developed for this purpose. They extracted the sugar molecules from the water samples and identified them with the help of antibodies, which can verify the structures. “We are the first ones to have identified certain polysaccharides in the ocean and investigated them on a molecular scale,” says Hehemann.

In a second procedure, the researchers use bacteria and their digestive enzymes as instructors. Every bacteria has its own enzymes that turn complex sugar bonds into simple ones. These are in turn easier to measure and quantify - much like with a diabetes test. The research group produces the enzymes themselves. Using bacteria and enzymes to analyze the marine carbon cycle is also a new approach.

“For example, we have been able to determine that one particular polysaccharide, namely laminarin, is produced in unbelievable quantities in the ocean and absorbs nearly ten percent of the globally produced carbon dioxide,” explains Hehemann, who has now received funding from the DFG in the form of a Heisenberg Professorship. With said professorship, the German Research Foundation aims to support excellent research and outstanding work.

--- “In this way it may be possible to identify regions that are particularly well suited as carbon stores.” ---

Thus, sugar bonds have been identified as transporters of carbon in the deep sea. What’s next? Prof. Dr. Jan-Hendrik Hehemann wants to collect data - as much data as is possible. How many sugar particles are produced, how many sink, how much carbon is actually being stored at the bottom of the ocean? “If you have a number, you have a point of reference.” The researcher therefore wants to assess ocean sediments from the international core repository at MARUM. After all, even if certain polysaccharides are hard to break down, they should still be able to be found on the ocean floor. “In this way it may be possible to identify regions that are particularly well suited as carbon stores.”

Additionally, a second research approach interests him: the use of the biological function of polysaccharides. If they can find the strength to fight off viruses and bacteria, they might even be able to be used to protect people. It would be worthwhile investigating this.

Twice per year, the Impact science magazine provides an exciting insight into the effects of cooperative research in Bremen. "Algal Sugar - Tiny Bonds with Great Effects" was published in issue 4 (June 2021).

Every tiny ocean water sample contains sugar molecules. Antibodies track them - they react specifically to one type of sugar. 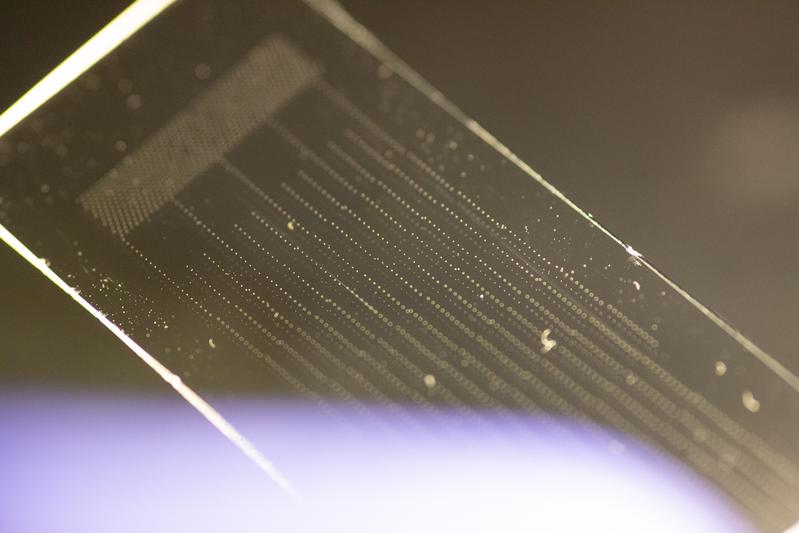 A rock algae synthesizes polysaccharides (green), which are broken down by bacteria. 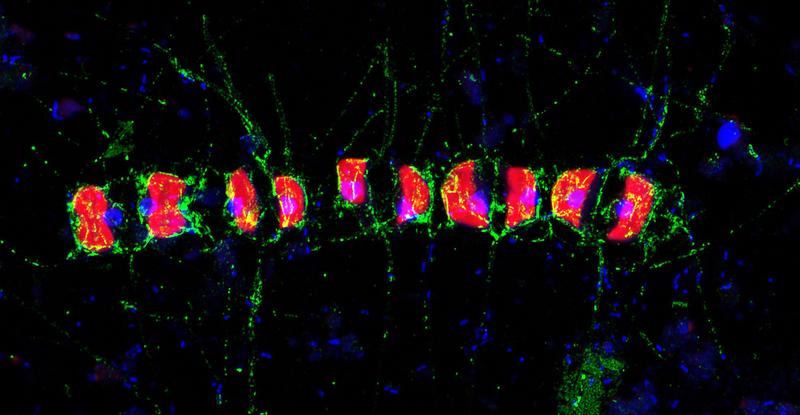