In both the Arctic and Antarctic, the contamination with hazardous chemicals has been increasing. The German Environment Agency (UBA) and the Helmholtz-Zentrum Hereon together hosted the workshop „Act now – Legacy and Emerging Contaminants in Polar Regions“. On January 25th and January 26th, experts from four continents met and discussed potential impacts of legacy and new hazardous chemi-cals, which accumulate in snow, ice and wildlife.

Today, we live in the “Chemical Anthropocene” and our society, the environment and human health are con-tinuously exposed to chemicals. Due to their diverse applications, chemicals are being produced in increasing numbers and quantities, and some of these may be released into the environment, with adverse effects on wildlife and human populations Especially with regard to the vulnerable polar regions, global pollution requires a stronger commitment of environmental policy.

Many chemicals are persistent and can reach the Arctic and the Antarctic with long range transport. Due to the specific characteristics and prevailing low temperatures in polar regions, chemicals exhibit low degradation rates and can still be found decades after their release to the environment. Research has the task to provide scientific information and to develop measures for sustainable solutions.

Experts from America, Asia, Australia and Europe joined the online workshop “Act now – Legacy and Emerging Contaminants in Polar Regions“, hosted by the German Environment Agency (UBA) and the Helmholtz-Zentrum Hereon. They discussed potential impacts of “legacy contaminants”, which are chemicals that have been regulated, i.e. their production and application has been banned with few exceptions. Beyond that, they focussed on chemicals with very limited knowledge on their fate in the environment and their potential negative effects, the so-called “emerging contaminants”.

A key player in this setting is global warming. The melting of glaciers and the thawing of permafrost soils releases contaminants in polar regions, which have been banned long ago. These legacy pollutants can reemerge and accumulate in food webs again.

The international experts from Monitoring-Programmes, Environmental Specimen Banks and Chemical Data Portals discussed new research and regulatory monitoring strategies as well as opportunities for strengthened cooperations to investigate and assess the contaminants burden of the Arctic and the Antarctic. They discussed together with representatives of the European Commission and the Stockholm Convention on Persistent Organic Pollutants chemical policy issues and their potential consequences for polar environments.

A major outcome of the workshop are recommendations for strategic research approaches to resolve pressing questions and to suggest potential future measures to safeguard a good environmental status of the Arctic and the Antarctic. The latter is of specific interest with respect to the Antarctic Treaty Consultative Meeting end of May 2022, hosted in Berlin, Germany.

Prof. Ralf Ebinghaus I Helmholtz-Zentrum Hereon I Institute of Coastal Environmental Chemistry I T: +49 (0) 4152 87-2354 I ralf.ebinghaus@hereon.de I www.hereon.de

<
Pollutants at the poles also have an impact on humans. Photo: Hereon/ Hanna Joerss

Pollutants at the poles also have an impact on humans. Photo: Hereon/ Hanna Joerss 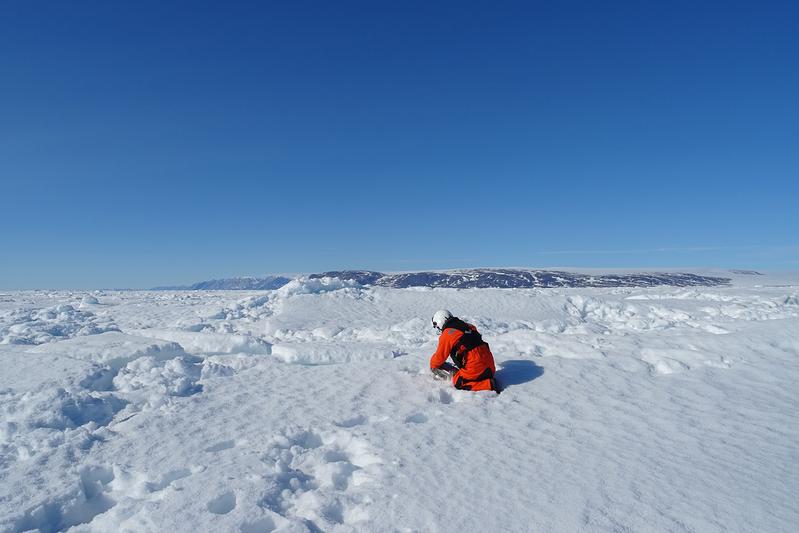