In a new study published in the journal Science, researchers at the Max Planck Institute for Chemical Ecology describe a newly discovered mechanism that protects a wild tobacco species from plant sap-sucking leafhoppers. By combining different genetic screening methods with the study of chemical changes in tobacco leaves, they identified a previously unknown defense substance important for the tobacco’s resistance to leafhoppers and characterized the genes for its biosynthesis

Plants are at the bottom of the food chain and are continually threatened by pathogens and herbivorous insects. But the vast majority of attackers are unable to cause any damage due to a broadly based plant resistance, also known as non-host resistance. This resistance is permanent and effective. However, the mechanisms that lead to this resistance, particularly to herbivorous pests, are largely unknown. In a new study, researchers at the Max Planck Institute for Chemical Ecology were able to identify a chemical substance responsible for the resistance of Nicotiana attenuata plants to sucking leafhoppers (Empoasca spp.) and the genes needed for its production. "Our research uncovered how native plants use chemical reprogramming to defend themselves against opportunistic leafhoppers in nature," first author Yuechen Bai says, summarizing the results.

In 2004, scientists at the institute had already discovered in field studies that tobacco plants impaired in their defense-signaling cascade based on the plant hormone jasmonic acid were attacked by leafhoppers, insects that are usually not able to harm tobacco plants with functional defenses. The work proved that, in nature, plants are permanently "tested" by herbivorous insects in order to find out whether they can serve as a food source; however, in most cases the plants are able to defend themselves effectively. Consistent with these findings, another study by the institute showed that leafhoppers colonized the very plants in natural tobacco populations whose jasmonic acid signaling pathway was weaker than in other tobacco plants. "However, at that time, it was still unknown which specific defense mechanisms triggered by jasmonic acid were responsible for resistance to the leafhoppers," explains Dapeng Li, one of the study leaders.

To answer this question, the scientists crossed 26 genetically different natural parental lines. This population, which the research team had crossed according to a fixed scheme over a total of nine years, was planted out in its natural habitat in Arizona, USA, where it could be attacked by opportunistic leafhoppers. When leafhoppers attacked these plants, the severity of the damage helped identify the genetic basis that made this particular plant a host plant for leafhoppers taking advantage of weak defenses.

The researchers also investigated which chemical changes are elicited in the plants after attack and which genes are activated. They found a new unstable substance, for which they used the abbreviation CPH (caffeoylputrescine-green-leaf-volatile compound), which was responsible for permanent resistance to leafhoppers. Through bioinformatic detective work and by using plants that were specifically modified in certain defense and signal transduction genes, they were able to show which three metabolic pathways were involved in the production of this chemical. Finally, the researchers even succeeded in reconstituting the biosynthetic pathway for the defense substance CPH in two related plants, the field bean Vicia faba and the tomato species Solanum chilense, and demonstrating its efficacy against leafhoppers.

"By combining sophisticated molecular biology and chemical analysis methods, we were able to identify and characterize not only a previously unknown defense substance, but also the genes responsible for its synthesis," explains Ian Baldwin, and continues: "Our approach can be described as "natural history-guided forward genetics. Natural history and the observation of the feeding behavior of leafhoppers has driven our discovery process. Because when it comes to chemistry, nature remains the mother of invention."

In further studies, the researchers want to find out how the synthesis of this chemical defense is coordinated in the plant and which other factors and specific regulators are crucial for its production, especially under natural conditions. Leafhoppers of the genus Empoasca, especially the potato leafhopper Empoasca fabae, can cause major crop damage by sucking on the leaves of young plants and transmitting viral diseases. Higher temperatures have led to a threatening spread of these insects. This basic research to control such a pest can provide valuable insights with regard to permanently improved resistance in crops, especially in the context of new demands on agriculture caused by climate change. 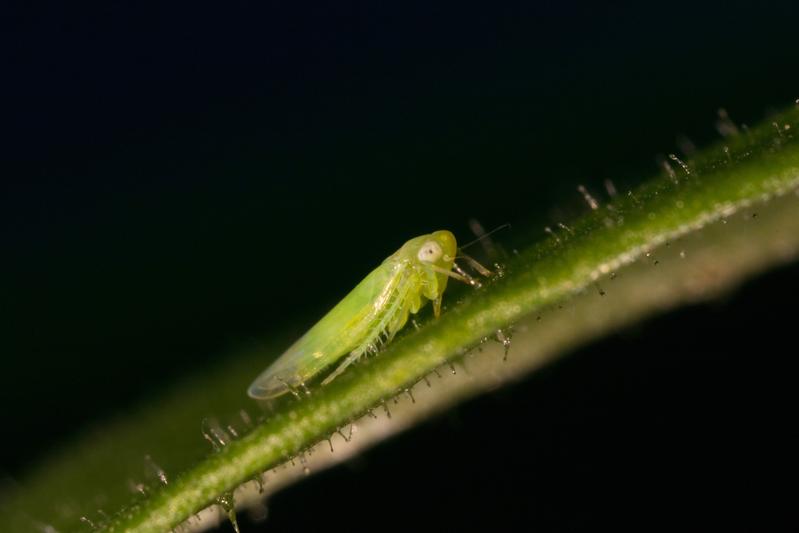 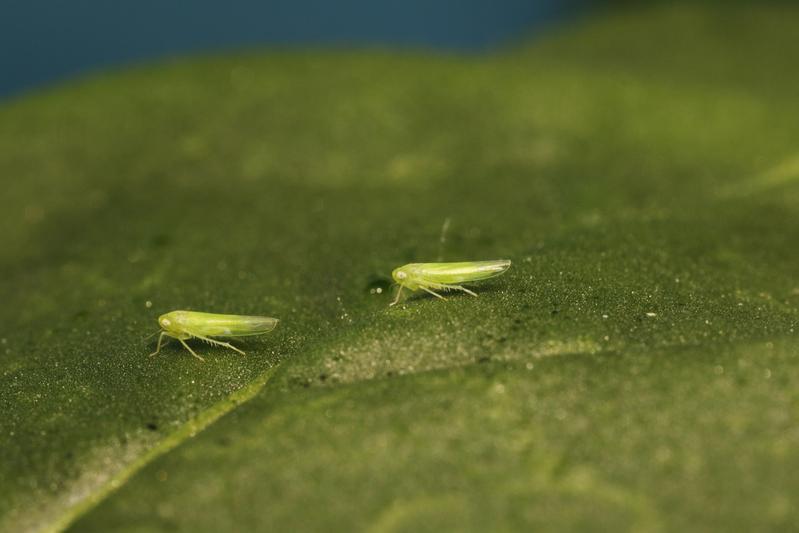