RNA has already been making an impact in the context of the vaccine program, but the potential of RNA-based compounds is far from being fully tapped, as RNA allows for entirely new therapeutic approaches. Prof. Thomas Thum, Co-Institute Director of the Fraunhofer Institute for Toxicology and Experimental Medicine ITEM, has developed a form of RNA therapy for treating heart failure, which has already been successfully tested in patients as part of a phase 1b clinical trial. Other RNA therapies are currently being developed to treat pulmonary fibrosis and other forms of organ fibrosis.

Many variants of RNA can be found in the body. The best-known type is messenger RNA (mRNA). Its structure contains a code which serves as a blueprint for proteins. This is how the mRNA in the COVID-19 vaccines encodes SARS-CoV-2 proteins, for example. In addition to mRNA, however, there are a number of types of RNA which do not encode proteins. For many years, these forms of RNA were thought of as the decay from longer RNA, or in other words, “genetic junk”. “Fifteen years ago, we were the first group in the world to investigate whether non-coding RNA were truly ‘junk’. In doing so, we found that these RNA molecules carry out important cellular control tasks,” reports Prof. Thomas Thum, who is also Director of the Institute for Molecular and Translational Therapeutic Strategies at Hannover Medical School.

Prof. Thum demonstrated that non-coding microRNAs (miRNAs) were involved in pathological cardiac remodeling. For example, miRNA 21 is particularly common in hearts where the connective tissue is hardened. This discovery paved the way for a new therapeutic approach. With the help of a cooperation partner, Thum constructed an anti-miRNA to bind to and neutralize miRNA 21 using the lock-and-key principle. This was quite the breakthrough. The research team demonstrated that heart tissue can be prevented from hardening by inhibiting a strand of non-coding miRNA in a targeted fashion. The working group patented these findings and published them in the renowned journal “Nature” in 2008. In the meantime, pharma giant Sanofi carried out testing on anti-miRNA 21 as part of a phase 2 clinical study on patients with kidney fibrosis.

Inhibition of miRNA has a curative effect

Thum’s team came across yet another type of miRNA during their cardiac tissue experiments. This miRNA, assigned the number 132, stimulates pathological cardiac hypertrophy, which eventually leads to heart failure. Here, too, a positive, curative effect can be achieved by inhibiting the miRNA strand. This was initially tested on cell cultures, before moving onto further preclinical trials. As a result, anti-miRNA 132 has met all requirements for being tested in clinical trials in patients with heart failure.

Around four million people suffer from heart failure in Germany alone. In such individuals, the heart is abnormally enlarged and too weak to pump blood around the body. Patients complain of shortness of breath, water retention and weight gain. “In the last twenty years, little progress has been made in terms of treatment,” emphasizes Prof. Thum. According to data from the German Heart Foundation, more than 40,000 sufferers die every year in Germany.

With the founding of the Cardior Pharmaceuticals start-up in 2016, Thum made the leap from working in a laboratory to conducting clinical trials in humans. Twenty-eight heart failure patients took part, and the results are promising. “We demonstrated that therapy using anti-miRNA 132 is safe and does not cause any side effects in other organs,” reports Thum. “Additionally, we observed an improvement in heart failure markers.” Following this positive result, fresh funding was provided, and the phase 2 study was given the green light. It is planned to start in the first half of 2022 and will involve 280 patients in multiple European countries.

While the clinical trials are running, Thum and his team are working hard on new RNA therapies, with focus areas including pulmonary fibrosis. “Pulmonary fibrosis is a progressive disease which causes the remodeling of pulmonary tissue and the gradual hardening of the lungs,” the medical scientist explains. “We hope that RNA therapy can be used to treat the causes of this disease, which has thus far proved incurable.” 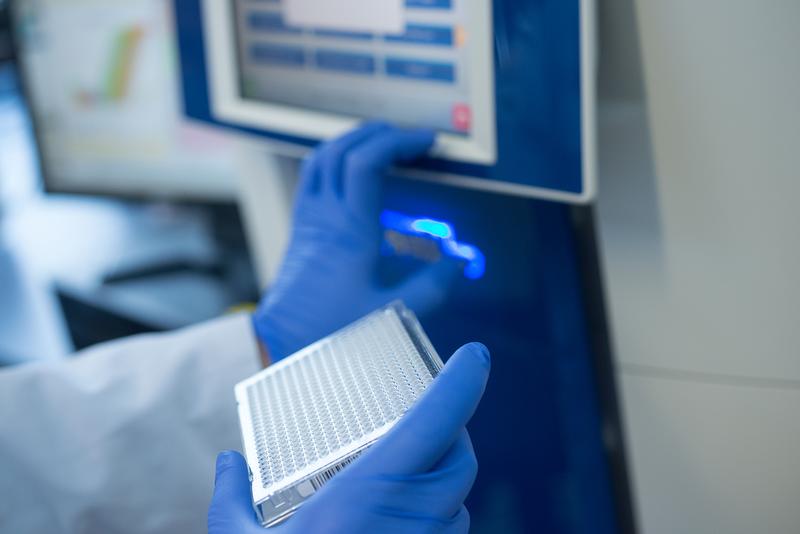