Cancer: When viruses and bacteria cooperate

Infections with several pathogens simultaneously increase the risk of cervical cancer—these results from a study conducted on artificial 3D tissue models at the University of Wuerzburg.

Patients who develop cervical cancer are often infected not only with the human papillomavirus (HPV) but also simultaneously with the bacterial pathogen Chlamydia trachomatis. The suspicion is, therefore, that the two pathogens work together in a kind of team to "reprogram" the cells they infect in such a way that they degenerate and multiply uncontrollably.

Dr. Cindrilla Chumduri, head of the research group, Department of Microbiology at the Julius Maximilians University of Würzburg (JMU) and her team, has now demonstrated for the first time that this is not just a suspicion but a concretely verifiable effect.

They have developed lifelike organ replicas - so-called 3D organoids - on which they investigate the interactions between the pathogens and the tissues they affect and the disease processes. She has published the results of her research in the journal Nature Communications.

"Our study uses organoid models to show the danger of multiple infections. These create a unique cellular microenvironment that potentially contributes to the reprogramming of tissues and thus to the development of cancer," says Chumduri, summarizing the central result of her investigations. To do this, the infectious disease biologist used cells from healthy donors to create an almost physiological organoid model of the cervix.

In particular, her research focuses on two tissue types: First, the so-called ectocervix - the part of the cervical mucosa that extends into the vagina. And second is the endocervix - the part of the mucosa that lines the cervix further inside, connecting the uterus. Their essential task is to prevent pathogens from entering the uterus and thus help keep the upper female reproductive tract sterile.

Why is Chumduri particularly interested in these two types of tissue? "The areas where the ecto- and endocervix merge forms a transition zone and are particularly prone to infections and neoplasms," she says. Most cervical cancers originate there, she adds.

There are also valid reasons for focusing on the pathogens HPV and C. trachomatis: "They are among the most widespread sexually transmitted pathogen infections," adds Dr. Stefanie Koster, one of the first authors of the study. It has long been proven that HPV can cause cancer. That's why girls in Germany - and now boys, too - have been able to get vaccinated against it since 2007.

In fact, virus DNA can be found in more than 90 percent of all cervical cancers. However, they are not the sole culprit, as shown by the fact that although more than 80 percent of women become infected with HPV during their lifetime, not even two percent develop cancer. Coinfection with C. trachomatis is therefore thought to be a major cofactor in driving malignant tissue formation. However, "the dynamics of this coinfection and the underlying mechanisms have been largely unknown," adds Dr. Rajendra Kumar Gurumurthy, another first author of the study.

The problem is that "unlike tumor viruses, whose DNA can be found in tumors, bacteria associated with cancer rarely leave detectable elements in cancer cells," explains Chumduri. Nevertheless, to link bacteria to cancer development, she said, it is necessary to identify those cellular and mutational processes that contribute to cells undergoing pathological changes. Chumduri and her team have now systematically decoded precisely these processes in the organoids they have developed.

The result: "Our analyses show that HPV and Chlamydia cause a unique cellular reprogramming of the host," explains the scientist. Several genes are up-or down-regulated by the two pathogens in different ways, which is associated with specific immune responses. Among other things, pathogens influence a significant subset of all regulated genes responsible for DNA damage repair.

Overall, the findings show that "co-persistence of HPV and Chlamydia in a stem cell could adversely affect cellular and genomic stability and promote neoplastic progression," as the study concludes.

At the same time, the study provides the first evidence that the 3D organoids of the cervix developed by Dr. Chumduri's group are suitable for studying various aspects of cervical biology, including drug testing under near-physiological conditions. The cultivability of these organoids and the possibility of genetically manipulating them thus open new avenues to study the development, progression, and outcome of chronic infections in an authentic preclinical setting. 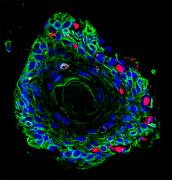 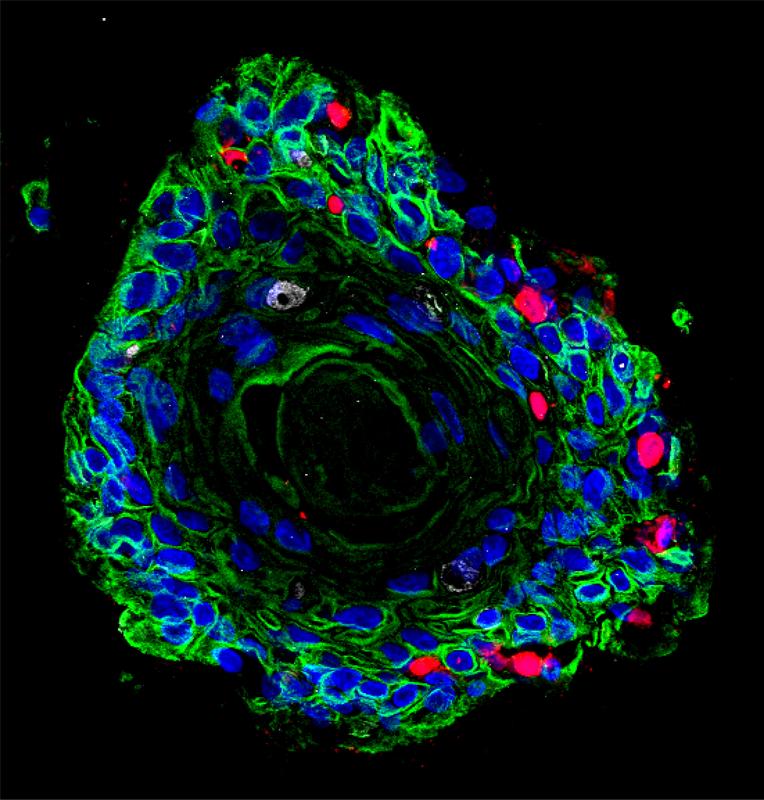