The electrical synapses in vertebrates are made of different, but by no means more powerful proteins than the electrical synapses in far older invertebrates. Animal physiologists at the University of Bayreuth have now found an explanation for this evolutionary puzzle. In the early phase of vertebrate evolution, there was a loss of diversity in precisely those proteins that had been used for signal transmission in older invertebrates. The scientists have published their discovery in the journal eLife.

This finding seems puzzling because the synapses consisting of connexins do not give vertebrates any evolutionary advantage. In terms of their functions in signal transmission, they are not superior to the synapses based on innexins. Moreover, vertebrates do produce innexins, but not for use in electrical synapses. There must therefore have been another reason why the building blocks of the synapses were exchanged in the course of vertebrate evolution. The Bayreuth scientists have now discovered the explanation. In the early phase of vertebrate evolution, the diversity of innexins declined dramatically. Only one single innexin remained, which was unsuitable for use in synapses and had to take over other functions in the vertebrate organism – for example, the release of signalling molecules. It was not any superior functionality of connexins, but a lack of innexins that led to a complete replacement of synapse proteins in the course of vertebrate evolution. "Our findings suggest that a so-called genetic bottleneck at the beginning of vertebrate evolution led to this massive loss of innexin diversity," says Dr. Georg Welzel.

Even in the older invertebrates, as the study also shows, innexins have important functions beyond electrical synapses. In vertebrates, three highly conserved forms have evolved from the remaining innexin, but they occur as glycosylated proteins. This means that they form a chemical bond with carbohydrates, making them unsuitable as building blocks for synapses. Moreover, they are all extremely conserved during evolution. "The continued existence of innexins in vertebrate organisms and their extreme conservation during evolution suggest that they have very different but important functions. Despite their presumably great importance, these functions are still unknown and it will be important to identify them in the future," says Prof. Dr. Stefan Schuster.

<
As part of the study, evolutionary phylogenetic trees were constructed to analyze the diversity of i ...
Image: Georg Welzel.

<
As part of the study, evolutionary phylogenetic trees were constructed to analyze the diversity of i ...
Image: Georg Welzel. 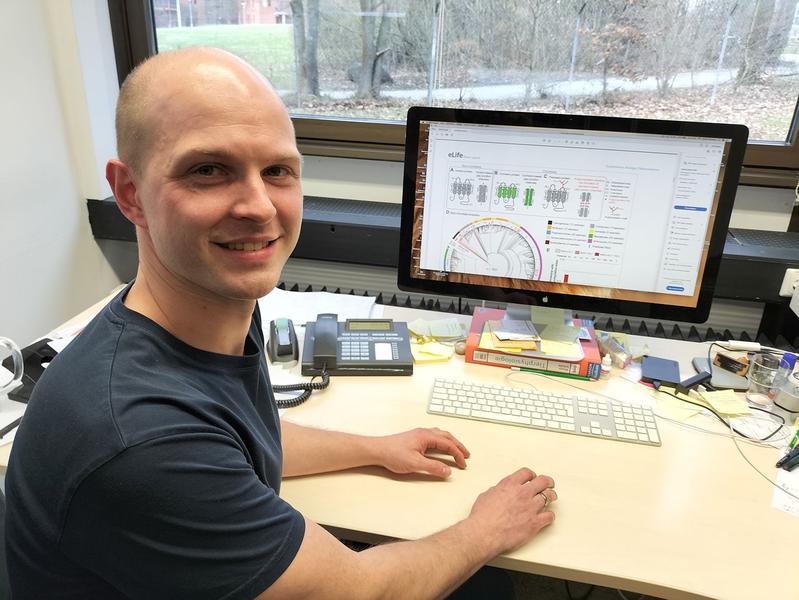 As part of the study, evolutionary phylogenetic trees were constructed to analyze the diversity of innexins in vertebrates and invertebrates.