Longer-Term Use of Wind Turbines

Increasing lifetime and safety, decreasing maintenance and power generation costs and CO2 emission: That is the goal of a research project involving U Bremen Research Alliance member institutions. Researchers from the Leibniz Institute for Materials Engineering – IWT and the Fraunhofer Institute for Wind Energy Systems IWES are focusing on a component of wind turbines that has to withstand a great deal: the rotor blade bearing.

She has a natural preference for steel, says Brigitte Clausen. What fascinates her so much about the material? "It has variable properties, is very malleable and recyclable. With various tools, you can trace what happens in the metal, how the processes take place; to see and experience that is just incredible!" And if, as a researcher, you can then make a small contribution to the success of the energy transition, "then I think that's really great."

Social benefit and scientific interest – these two aspects are almost ideally combined in a research project in which the 54-year-old head of the Structural Mechanics Department at the Leibniz Institute for Materials Engineering – IWT plays a key role. It bears the somewhat unwieldy title "Design of Highly Loaded Slewing Bearings" (“Auslegung hochbelasteter Drehverbindungen“), or HBDV for short, and focuses on wind turbines. More precisely: the connection between the rotor blade and the rotor hub, the rolling bearings made of steel that hold the blades, allow the rotary motion, and are exposed to enormous forces. How can their service life be predicted and extended? That's the question.

Around 30,000 wind turbines currently generate green electricity in Germany. There will be significantly more in the future, that much is certain. Some researchers predict that the number will double. Wind power plays a central role in the expansion of renewable energies and the attainment of climate targets. By 2030, the share of electricity from renewable sources in Germany is expected to rise to 65 percent, much of it generated by wind power. EU-wide, half of the electricity in Europe is to be generated from wind power by 2050.

--- "With various tools, you can trace what happens in the metal, how the processes take place; to see and experience that is just incredible!" ---

The turbines are becoming increasingly more powerful, thanks in no small part to larger rotor blades and computer control. "In older plants, simply put, the rotor blades were aligned with the wind once in the morning and once in the evening, and that was it," explains Dipl.-Ing. Vera Friederici, who works together with Dr.-Ing. Jens Schumacher as a research assistant for the HBDV project at Leibniz IWT. "Newer plants try to produce a wind load that is as uniform as possible. They even compensate for the slipstream that occurs every time a wing rotates as it passes the tower by making a minimal correction to the wing position in a fraction of a second."

This permanent adjustment affects the rolling bearings, which are formed from especially hardened tempered steel. The relatively small compensating movements cause the balls to roll back and forth over a very small area under large loads. The bearings were not originally designed for this. The builders of the wind turbines calculate that the bearings will rotate more than 100 million times over the course of an average service life of 20 years.

The rotor blade bearings are 2.2 meters in diameter, which is roughly the height of an apartment door. Their double-row ball bearings are filled with 102 balls per track, each almost the size of a tennis ball. How does the steel withstand the constant stresses caused by the balls' movements? Do they cause fatigue? Do cracks form? And if so, where? Are they harmless or do they endanger the bearing – and with it the whole construction? "These are the topics we are researching," says Brigitte Clausen.

The scientists are breaking new ground. Studies of the loads on slewing rings in a wind turbine are scarce, and certified approaches to estimating the service life of rotor blade bearings do not yet exist. Brigitte Clausen, whose passion for steel and other materials was awakened by an apprenticeship as a materials tester at the Klöckner steelworks, speaks of a model project. She later studied production engineering at the University of Bremen and has been working at IWT since 1996.

HBDV also serves as a model because many major wind turbine manufacturers are involved in the research project, which is funded by the German Federal Ministry for Economic Affairs and Energy to the tune of 3.8 million euros, despite the competition among them. After all, damage to bearings causes long downtimes and high costs due to interruptions and repairs, and this is completely independent of the manufacturer.

In addition to Leibniz IWT, five other research institutes are involved in the project, including the Fraunhofer Institute for Wind Energy Systems IWES from the U Bremen Research Alliance. The staff there are researching wear damage on the track of a bearing, which can be caused by the constant small movements of the balls under very large loads. "We are investigating the operating loads under which this damage occurs, how quickly it can occur and how it can be prevented," says Karsten Behnke, research assistant and project manager of the research project at Fraunhofer IWES. "Cooperation plays a very important role," adds Vera Friederici. "We work hand-in-hand and complement each other perfectly." In fortnightly meetings, sometimes bilateral, sometimes in a large group, those involved exchange information with each other and discuss the next working steps.

The graduate engineer uses a test rig in the IWT's machine hall to demonstrate how the loads on the bearing material are imitated. There, a vibration-testing machine causes the palm-sized specimen to vibrate. It has a small notch, from which a barely visible crack emanates.

"Depending on the force we apply, the cracks grow," explains Vera Friederici. "We measure how fast and in which direction the crack grows at a certain load." The data is used to feed a simulation model that can be used to predict material behavior.

--- "Cooperation plays a very important role. We work hand-in-hand and complement each other perfectly." ---

More than a dozen machines operating in different load and frequency ranges fill the hall. Leibniz IWT employees have cut up a complete rolling bearing and made material samples from it. "The samples provide us with quite a lot of measurement data, which we can transfer to a complete bearing and can use to make a service life prediction," explains the 38-year-old, who is also doing her PhD on a subsection of the project. "I find this process of transferring from the small to the large, from findings from the samples to the entire bearing, really exciting."

For Brigitte Clausen, research into the contrasting material properties makes up a significant part of her scientific interest in the project. While the balls in the bearing and their track are hardened, the material surrounding them is rather tough, which in turn has an impact on crack formation. "Based on the condition of the material and the stress, we are now able to predict in which direction and at what speed a crack will develop and whether it is critical. We couldn't do that before," she states. The risk of material fatigue and cracks can now be assessed much better, as can the need for maintenance.

The project is scheduled for completion in the spring. The results of the research will be incorporated into guidelines that will enable wind power companies to evaluate rotor blade bearings more precisely and make them safer. As a result, wind turbines will be able to produce electricity for longer, electricity generation costs will fall, as will CO2 emissions.

The researchers from the U Bremen Research Alliance are certainly pleased with the results of their work. "To have contributed to eliminating a weak point and thus also conserving resources is already a good feeling," says Brigitte Clausen.

Twice per year, the Impact science magazine provides an exciting insight into the effects of cooperative research in Bremen. "Longer-Term Use of Wind Turbines" was published in issue 5 (January 2022). 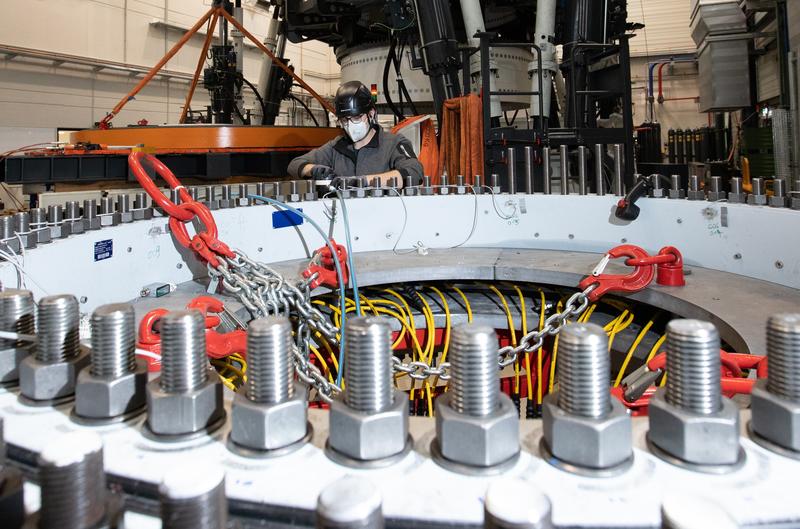 Clearly visible: Signs of fatigue in the ball bearing 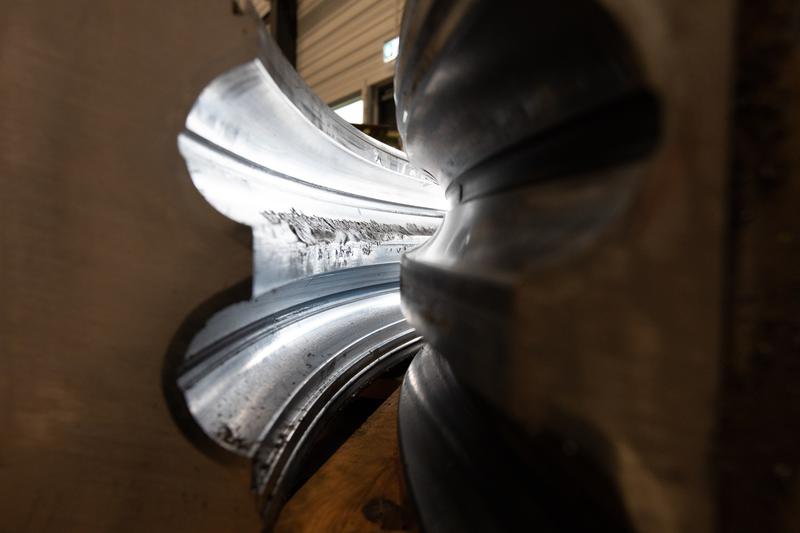