Cichlids and stingrays can perform simple addition and subtraction in the number range of one to five. This has been shown in a recent study by the University of Bonn, which has now been published in the journal Scientific Reports. It is not known what the animals need their mathematical abilities for.

Suppose there are some coins on the table in front of you. If the number is small, you can tell right away exactly how many there are. You don't even have to count them – a single glance is enough. Cichlids and stingrays are astonishingly similar to us in this respect: they can detect small quantities precisely – and presumably without counting. For example, they can be trained to reliably distinguish quantities of three from quantities of four.

This fact has been known for some time. However, the research group led by Prof. Dr. Vera Schluessel from the Institute of Zoology at the University of Bonn has now shown that both species can even calculate. "We trained the animals to perform simple additions and subtractions," Schluessel explains. "In doing so, they had to increase or decrease an initial value by one."

But how do you ask a cichlid for the result of "2+1" or "5-1"? The researchers used a method that other research groups had already successfully used to test the mathematical abilities of bees: They showed the fish a collection of geometric shapes – for example, four squares. If these objects were colored blue, this meant "add one" for the following discrimination. Yellow, on the other hand, meant "subtract one."

After showing the original stimulus (e.g. four squares), the animals were shown two new pictures – one with five and one with three squares. If they swam to the correct picture (i.e. to the five squares in the "blue" arithmetic task), they were rewarded with food. If they gave the wrong answer, they went away empty-handed. Over time, they learned to associate the blue color with an increase of one in the amount shown at the beginning, and the yellow number with a decrease.

But can the fish apply this knowledge to new tasks? Had they actually internalized the mathematical rule behind the colors? "To check this, we deliberately omitted some calculations during training," Schluessel explains. "Namely, 3+1 and 3-1. After the learning phase, the animals got to see these two tasks for the first time. But even in those tests, they significantly often chose the correct answer." This was true even when they had to decide between choosing four or five objects after being shown a blue 3 – that is, two outcomes that were both greater than the initial value. In this case, the fish chose four over five, indicating they had not learned the rule ‘chose the largest (or smallest) amount presented’ but the rule ‘always add or subtract one’.

Computing without a cerebral cortex

This achievement surprised the researchers themselves – especially since the tasks were even more difficult in reality than just described. The fish were not shown objects of the same shape (e.g. four squares), but a combination of different shapes. A "four", for example, could be represented by a small and a larger circle, a square and a triangle, whereas in another calculation it could be represented by three triangles of different sizes and a square.

"So the animals had to recognize the number of objects depicted and at the same time infer the calculation rule from their color," Schluessel says. "They had to keep both in working memory when the original picture was exchanged for the two result pictures. And they had to decide on the correct result afterwards. Overall, it's a feat that requires complex thinking skills."

To some it may be surprising because fish don't have a neocortex – the part of the brain also known as the "cerebral cortex" that's responsible for complex cognitive tasks in mammals. Moreover, neither species of fish is known to require particularly good numerical abilities in the wild. Other species might pay attention to the strip count of their sexual partners or the amount of eggs in their clutches. "However, this is not known from stingrays and cichlids," emphasizes the zoology professor at the University of Bonn.

She also sees the result of the experiments as confirmation that humans tend to underestimate other species – especially those that do not belong to our immediate family or mammals in general. Moreover, fish are not particularly cute and do not have cuddly fur or plumage. “Accordingly, they are quite far down in our favor – and of little concern when dying in the brutal practices of the commercial fishing industry”, says Vera Schluessel.

<
Stingrays (left) and cichlids can perform simple additions and subtractions in the number range up t ...

<
Example of two test tasks: The animals usually swam to the correct solution after successful trainin ...

<
Stingrays (left) and cichlids can perform simple additions and subtractions in the number range up t ...

<
Example of two test tasks: The animals usually swam to the correct solution after successful trainin ...

Stingrays (left) and cichlids can perform simple additions and subtractions in the number range up to 5.

Example of two test tasks: The animals usually swam to the correct solution after successful training. 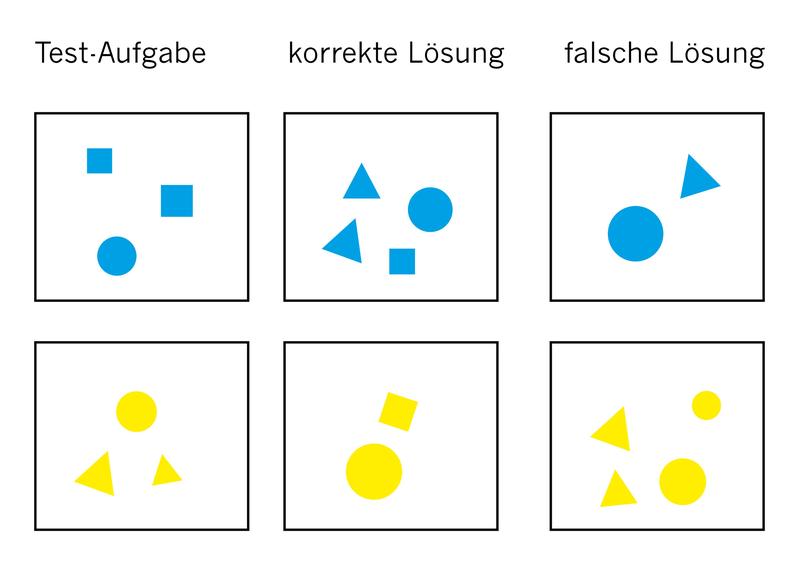