More than 30 years ago, researchers from the University of Zurich discovered vertebrae, ribs and a tooth in the High Alps of eastern Switzerland. The typical shape indicated that they had to originate from large marine reptiles known as ichthyosaurs, but there was a lack of corresponding comparative material. A new study led by the University of Bonn now allowed a more precise classification. According to the findings, they belong to three different ichthyosaurs of around 15 to around 20 meters in length. The tooth is particularly unusual: With a root diameter of six centimeters, it is twice as large as the largest aquatic dinosaur tooth found to date. The results have now been published in the Journal of Vertebrate Paleontology.

The first ichthyosaurs swam through the primordial oceans in the early Triassic period about 250 million years ago. They had an elongated body and a relatively small head. But shortly before most of them became extinct some 200 million years ago (only the familiar dolphin-like species survived until 90 million years ago), they evolved into gigantic forms. With an estimated weight of 80 tons and a length of more than 20 meters, these prehistoric giants would have rivaled a sperm whale. However, they left scarcely any fossil remains - "why that is remains a great mystery to this day," stresses Prof. Dr. Martin Sander from the Section Paleontology at the Institute of Geosciences at the University of Bonn.

The finds now examined come from the Grisons (canton of Graubünden). Sander's colleague Dr. Heinz Furrer of the University of Zurich had recovered them together with students between 1976 and 1990 during geological mapping in the Kössen Formation. More than 200 million years before, the rock layers with the fossils still covered the seafloor. With the folding of the Alps, however, they had ended up at an altitude of 2,800 meters. "Maybe there are more rests of the giant sea creatures hidden beneath the glaciers," Sander hopes.

The paleontologist first held the fossilized bones in his hands three decades ago. At that time, he was still a doctoral student at the University of Zurich. In the meantime, the material had been somewhat forgotten. "Recently, though, more remains of giant ichthyosaurs have appeared," the researcher explains. "So it seemed worthwhile to us to analyze the Swiss finds again in more detail as well."

According to the study, the fossils come from three different animals that lived about 205 million years ago. From one of the ichthyosaurs, a vertebra is preserved together with ten rib fragments. Their sizes suggest that the reptile was probably 20 meters in length. In contrast, only a series of vertebrae were excavated from a second ichthyosaur. Comparison with better preserved skeletal finds suggests a length of about 15 meters.

"From our point of view, however, the tooth is particularly exciting," explains Sander. "Because this is huge by ichthyosaur standards: Its root was 60 millimeters in diameter - the largest specimen still in a complete skull to date was 20 millimeters and came from an ichthyosaur that was nearly 18 meters long." His colleague Heinz Furrer is delighted with the belated appreciation of the spectacular remains from the Swiss Alps: "The publication has confirmed that our finds at the time belonged to the world's longest ichthyosaur; with the thickest tooth found to date and the largest trunk vertebra in Europe!"

However, it is unlikely that the animals that populated the primordial oceans 205 million years ago were much longer than previously thought. "The tooth diameter cannot be used to directly infer the length of its owner," emphasizes paleontologist Martin Sander from Bonn. "Still, the find naturally raises questions."

Predators larger than a sperm whale are not really possible

This is because research assumes that extreme gigantism and a predatory lifestyle (which requires teeth) are incompatible. There is a reason why the largest animal of our time is toothless: the blue whale, which can be up to 30 meters long and weighs 150 tons. Next to it, the teeth-bearing sperm whale (20 meters and 50 tons) looks like an adolescent. While the blue whale filters tiny creatures from the water, the sperm whale is a perfect hunter. This means it requires a larger portion of the calories it consumes to fuel its muscles. "Marine predators therefore probably can't get much bigger than a sperm whale," Sander says.

<
The root of the tooth found has a diameter of 60 Millimeters. This makes it the thickest ichthyosaur ...
Rosi Roth
Rosi Roth/University of Zurich

<
The root of the tooth found has a diameter of 60 Millimeters. This makes it the thickest ichthyosaur ...
Rosi Roth
Rosi Roth/University of Zurich

200 million year old deposits of the precursor of the Mediterranean Sea have been preserved in the Swiss High Alps. Whale-sized ichthyosaurs came from the open sea only occasionally into shallower water. 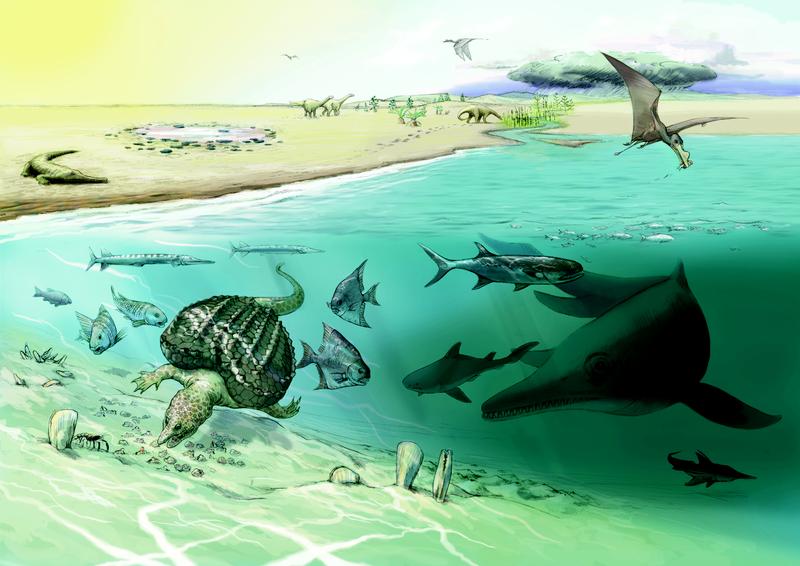 The root of the tooth found has a diameter of 60 Millimeters. This makes it the thickest ichthyosaur tooth found so far. 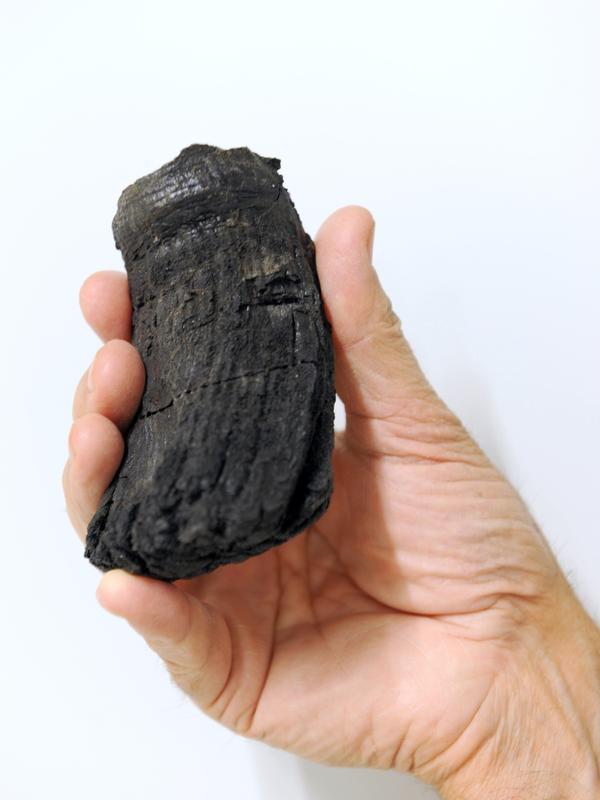