Long-Term Monitoring and Research on the Ocean Floor

It is an environmental and climate archive, a sensitive ecosystem, and important for the global carbon cycle: The ocean floor fulfills many important functions. In the "The Ocean Floor – Earth’s Unchartered Interface” Cluster of Excellence, researchers from the U Bremen Research Alliance are investigating, among other things, the remains of marine plankton that reach the ocean floor from the light-flooded surface. They reveal to the researchers how climate change affects this ecosystem.

Finally, there they are! A series of orange buoys emerge from the depths of the water, dancing on the surface, not far at all from the METEOR research vessel. The floats are the upper end of a device that was anchored to the seafloor at 4,200 meters. Fixed to chains, it positioned two funnels at a depth of 3,500 and 1,500 meters – sediment traps used to take samples of the material sinking to the seafloor throughout the year. By means of an acoustic signal, the crew released the construction and it took a good quarter of an hour for the buoys to reach the surface.

--- "The observatory allows us to study the effects of climate change on marine biodiversity and productivity over several decades." ---

Off the Mauritanian coast near Cap Blanc, METEOR takes the sink traps on board. This is the site of a facility that Professor Dr. Michal Kucera says is quite unique – the Cap Blanc Observatory. It was built in 1988 on the initiative of Professor Dr. Gerold Wefer, founding director of MARUM – Center for Marine Environmental Sciences at the University of Bremen, a member institution of the U Bremen Research Alliance. Two moorings with sink traps have been permanently present there at variable positions ever since. Almost every year, a research vessel heads for the area, the traps are brought on board, the samples are recovered, and the equipment is serviced and anchored again on the seafloor. U Bremen Research Alliance partner institutions, such as the Alfred Wegener Institute, Helmholtz Centre for Polar and Marine Research, also use the facility.

The region is full of life. Nutrient-rich water rises from the depths. It meets Sahara dust, which is carried over by the wind and is full of trace elements that additionally fertilize the water. As a result, the area is particularly sensitive to climate change, making it a perfect location for long-term observations. Which particles from the water surface reach the seafloor at different times of the year? What happens when they sink? How does their amount and composition change?

"The observatory allows us to study the effects of climate change on marine biodiversity and productivity over several decades. Thus, we can combine direct observations with data series from Earth's history stored in ocean floor sediments," says Michal Kucera. "The ocean floor is a unique source of information. We use it to decipher changes in the past to better understand what will happen in the ocean in the future under certain conditions."

Ocean floor makes up 71 percent of the Earth's solid surface and on average, it is 3,700 meters below sea level. Kucera speaks of a largely unexplored interface in the Earth system, a delicate oasis of life, with multiple functions for the planet. "Processes take place there that influence the climate system, the global carbon cycle, and the biological productivity of the world's oceans." The ocean floor is an archive of environmental and climate change, a unique habitat, and a threatened ecosystem all in one.

--- "I wanted to develop professionally and Bremen was the right place for that. In our field, Bremen is a major player; it's a mecca for marine researchers." ---

The micropaleontologist and his colleague, biologist Dr. Julie Meilland, are researching plankton, microorganisms that form in the light-flooded uppermost water layers of the oceans. They do not move on their own but drift. After death, the plankton particles sink to the bottom as marine snow and are caught on the way by the funnel-like sink traps. At the lower end of these, 20 bottles are installed on a kind of carousel that rotates by one position every 20 or 30 days, depending on the programming, and takes a sample of the sinking material. This organic material is later studied in laboratories at MARUM and partner institutions.

An important component of the plankton is foraminifera, of which the calcareous shells are deposited on the seafloor. With the help of the remains of these planktonic unicellular organisms, the state of the plankton in pre-industrial times can be reconstructed. Comparing the composition of the fossils with material from sinkhole traps shows that since the onset of industrialization and the accompanying climate change, entire communities of plankton species have already left their ancestral areas. "Through long-term observation, we can track the migration of new species, the disappearance of others, and thus the effects of climate change on biodiversity," Kucera explains.

And then there's the matter of the carbon cycle: Some of the plankton binds carbon dioxide and takes it with it to the ocean floor. How much of the greenhouse gas is stored there? And how exactly does the transfer of carbon from the ocean surface to the seafloor work? Julie Meilland is conducting research on this "biological pump." She also specializes in foraminifera and the carbon they store in their shells on the ocean floor.

Julie Meilland and Michal Kucera are conducting research in the Cluster of Excellence "The Ocean Floor – Earth’s Unchartered Interface." Scientists from a wide range of marine science disciplines from the Bremen region work together in this cluster. Among them are researchers from several institutions of the U Bremen Research Alliance, such as the Alfred Wegener Institute, Helmholtz Centre for Polar and Marine Research, the Max Planck Institute for Marine Microbiology, the Leibniz Centre for Tropical Marine Research, and MARUM of the University of Bremen, under whose roof the Cluster of Excellence is located.

Funded by the federal and state governments, such clusters are intended to enable internationally visible top-level research. Those who want to achieve this status have to be good, very good in fact, because the competition for funding is intense. "The fact that we have achieved this is also a confirmation of the targeted, clever, and reliable support of the marine sciences focus by the state of Bremen," Kucera says. "The big advantage of the cluster is that we can focus on our research in the long term without having to submit new funding applications every two years." And it helps to co-fund urgently needed and expensive infrastructure, such as the MARUM observatory off Cap Blanc or special equipment that researchers use to extract cores from the ocean floor.

Kucera, who grew up far from any ocean in Czechoslovakia, got into marine research after studying geology. After earning his doctorate in Gothenburg and working in the USA, England, and Tübingen, he moved to Bremen ten years ago. "I wanted to develop professionally and Bremen was the right place for that. In our field, Bremen is a major player; it's a mecca for marine researchers." It was not much different for Julie Meilland, a native of France, who came to Bremen after holding positions in Norway and France.

In 2025, a decision will again be made on the excellence strategy and thus the continuation of the cluster. "The climate," Kucera predicts, "will continue to change. It will change faster. That's why it will be all the more important to continue to observe and study the effects on the ocean and marine life." The longer the series of observations become, the better the observed changes can be mapped, understood, and predicted. The Cap Blanc Observatory offers ideal conditions for this.

Twice per year, the Impact science magazine provides an exciting insight into the effects of cooperative research in Bremen. "Long-Term Monitoring and Research on the Ocean Floor" was published in issue 5 (January 2022).

After a year underwater, the sediment trap is hoisted aboard the research vessel. 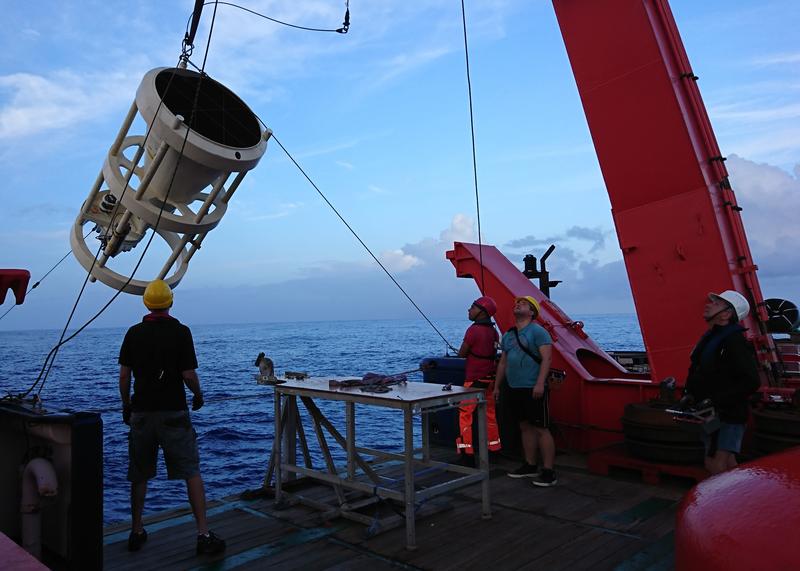 From samples taken from the sediment traps, the foraminifera species "Orbulina universa," which looks like small spheres, is extracted. 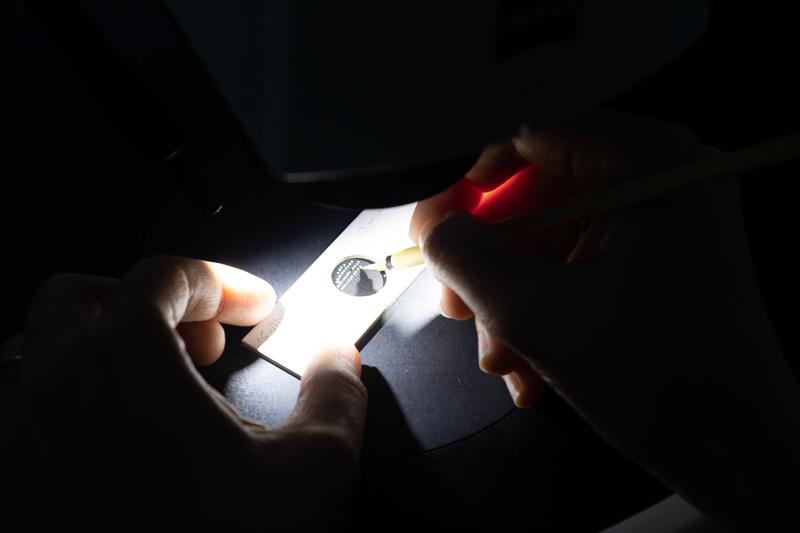