Home > Pressemitteilung: The genetic origins of the world’s ...

The genetic origins of the world’s first farmers clarified

The genetic origins of the first agriculturalists in the Neolithic period long seemed to lie in the Near East. A new study published in the journal Cell shows that the first farmers actually represented a mixture of Ice Age hunter-gatherer groups, spread from the Near East all the way to south-eastern Europe. Researchers from the University of Bern and the SIB Swiss Institute of Bioinformatics as well as from the Johannes Gutenberg University Mainz and the University of Fribourg were involved in the study. The method they developed could help reveal other human evolution patterns with unmatched resolution.

The first signs of agriculture and a sedentary lifestyle are found in the so-called ‘Fertile Crescent’, a region in the Near East where people began to settle down and domesticate animals and plants about 11,000 years ago. The question of the origin of agriculture and sedentism has occupied researchers for over 100 years: did farming spread from the Near East through cultural diffusion or through migration? Genetic analyses of prehistoric skeletons so far supported the idea that Europe’s first farmers were descended from hunter-gatherer populations in Anatolia. While that may well be the case, this new study shows that the Neolithic genetic origins cannot clearly be attributed to a single region. Unexpected and complex population dynamics occurred at the end of the Ice Age, and led to the ancestral genetic makeup of the populations who invented agriculture and a sedentary life-style i.e. the first Neolithic farmers.

First farmers emerged from a mixing process starting 14,000 years ago

Previous analyses had suggested that the first Neolithic people were genetically different from other human groups from that time. Little was known about their origins. Nina Marchi, one of the study's first authors from the Institute of Ecology and Evolution at the University of Bern and SIB says: "We now find that the first farmers of Anatolia and Europe emerged from a population admixed between hunter-gatherers from Europe and the Near East." According to the authors, the mixing process started around 14,000 years ago, which was followed by a period of extreme genetic differentiation lasting several thousand years.

A novel approach to model population history from prehistoric skeletons

This research was made possible by combining two techniques: the production of high-quality ancient genomes from prehistoric skeletons, coupled with demographic modeling on the resulting data. The research team coined the term "demogenomic modeling" for this purpose. "It is necessary to have genome data of the best possible quality so that the latest statistical genomic methods can reconstruct the subtle demographic processes of the last 30 thousand years at high resolution", says Laurent Excoffier, one of the senior authors of the study. Laurent Excoffier is a professor at the Institute of Ecology and Evolution at the University of Bern and group leader at SIB. He initiated the project together with Joachim Burger of the Johannes Gutenberg University in Mainz and Daniel Wegmann of the University of Fribourg. Nina Marchi adds: "Simply comparing the similarity of different ancient genomes is not enough to understand how they evolved. We had to reconstruct the actual histories of the populations studied as accurately as possible. This is only possible with complex population genetic statistics."

Joachim Burger of the University of Mainz and second senior author emphasizes the necessity of interdisciplinarity: "It took close to ten years to gather and analyze the skeletons suitable for such a study. This was only possible by collaborating with numerous archaeologists and anthropologists, who helped us to anchor our models historically". The historical contextualisation was coordinated by Maxime Brami, who works with Burger at Johannes Gutenberg University. The young prehistorian was surprised by some of the study's findings: "Europe's first farmers seem to be descended from hunter-gatherer populations that lived all the way from the Near East to the Balkans. This was not foreseeable archaeologically”.

Towards a general model of human population evolution

Genetic data from fossils (skeletons) are badly damaged and must be processed accordingly using bioinformatics, as Daniel Wegmann from the University of Fribourg and group leader at SIB explains: "The high-resolution reconstruction of the prehistory of the Europeans was only possible thanks to methods that we specifically developed to analyse ancient fossil genomes." Joachim Burger adds: "With these approaches, we have not only elucidated the origins of the world’s first Neolithic populations, but we have established a general model of the evolution of human populations in Southwest Asia and Europe."

"Of course, spatial and temporal gaps remain, and this does not imply the end of studies on the evolution of humans in this area", concludes Laurent Excoffier. Thus, the team's research plan is already set; they want to supplement their demographic model with genomes from the later phases of the Neolithic and Bronze Ages to provide an increasingly detailed picture of human evolution.

SIB Swiss Institute of Bioinformatics
The SIB Swiss Institute of Bioinformatics is an internationally recognized non-profit organization, dedicated to biological and biomedical data science. Its data scientists are passionate about creating knowledge and solving complex questions in many fields, from biodiversity and evolution to medicine.
www.sib.swiss 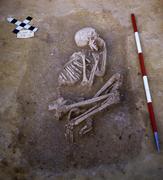 <
The Klein7 individual from the Kleinhadersdorf site in the Lower Austrian Weinviertel, whose genome ...
BDA/Christine Neugebauer-Maresch

<
The Klein7 individual from the Kleinhadersdorf site in the Lower Austrian Weinviertel, whose genome ...
BDA/Christine Neugebauer-Maresch 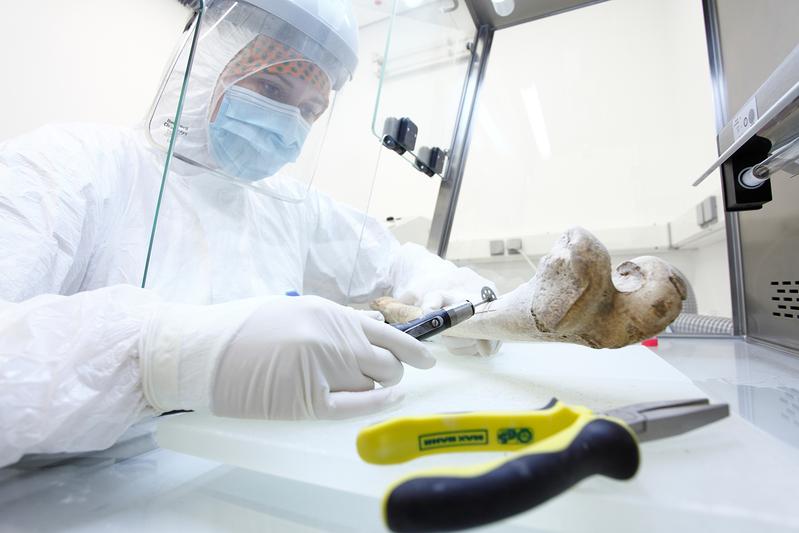 The Klein7 individual from the Kleinhadersdorf site in the Lower Austrian Weinviertel, whose genome was analysed in the paper. 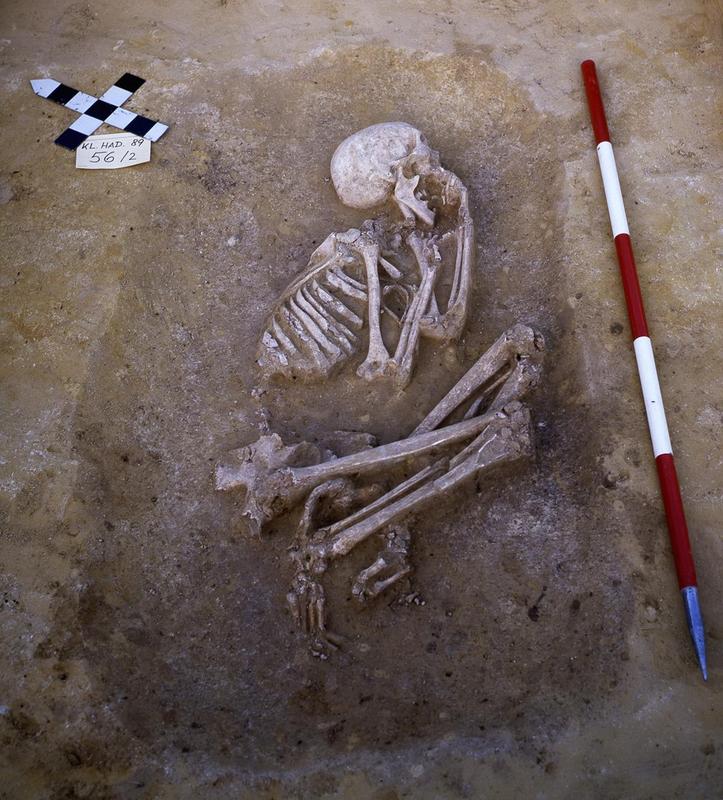