Home > Pressemitteilung: A two-step adaptive walk in the wild

A two-step adaptive walk in the wild

An international team led by Angela Hancock at the Max Planck Institute for Plant Breeding Research in Cologne (Germany) and scientists from the Associação Projecto Vitó and Parque Natural do Fogo (Cape Verde), the University of Nottingham (UK), and the University of Bochum (Germany) studied a wild thale cress (Arabidopsis thaliana) population that colonized the base of an active stratovolcano. They found that a two-step molecular process rewired nutrient transport in the population. The study, published today in the journal Science Advances, reveal an exceptionally clear case of an adaptive walk in a wild population with broader implications for evolutionary biology and crop improvement.

Adapting to a novel soil environment

Nutrient homeostasis is crucial for proper plant growth and thus central to crop productivity. Pinpointing the genetic changes that allow plants to thrive in novel soil conditions provides insights into this important process. However, given the immense size of a genome, it is challenging to identify the specific functional variants that enable adaptation.

Members of the research team previously found that wild populations of the molecular model plant, Arabidopsis thaliana, commonly referred to as thale cress, colonized the Cape Verde Islands from North Africa and adapted using new mutations that arose after the colonization of the islands. Here, the scientists focus on the thale cress population from Fogo Island, which grows at the base of Pico de Fogo, an active stratovolcano. “We wanted to know: What does it take to live at the base of an active volcano? How did the plants adapt to the volcanic soil of Fogo?", said Hancock.

“What we found was surprising,” said Emmanuel Tergemina, first author of the study. “While the plants from Fogo appeared to be healthy in their natural environment, they grew poorly on standard potting soil.” Chemical analysis of Fogo soils showed they were severely depauperate of manganese, an element that is crucial for energy production and proper plant growth. In contrast, leaves from Fogo plants grown on standard potting soil contained high levels of manganese, suggesting the plants had evolved a mechanism to increase manganese uptake.

The scientists used a combination of genetic mapping and evolutionary analysis to discover the molecular steps that allowed the plants to colonize Fogo's manganese-limited soil.

In a first evolutionary step, a mutation disrupted the primary iron transport gene (IRT1), eliminating its function. Disruption of this gene in a natural population was striking because this key gene exists intact in all other worldwide populations of the thale cress species – no such disruptions are found elsewhere. Further, the patterns of genetic variation in the IRT1 genomic region suggest that the disrupted version of IRT1 was important in adaptation. Evolutionary reconstruction shows that the mutation swept quickly to fixation across the entire Fogo population so that all Fogo thale cress plants now carry this mutation. Using gene-editing technology (CRISPR-Cas9), the researchers examined the functional effects of IRT1 disruption in Fogo and found that it increases leaf manganese accumulation, which could explain its role in adaptation. However, the loss of the IRT1 transporter came with a cost: it severely reduced leaf iron.

In a second evolutionary step, the metal transporter gene NRAMP1 was duplicated in multiple parallel events. These duplications spread rapidly so that now nearly all thale cress plants in Fogo carry multiple copies of NRAMP1 in their genomes. These duplications amplify NRAMP1 gene function, increasing iron transport and compensating for the iron deficiency induced by IRT1 disruption. Moreover, the amplification occurred by several independent duplication events across the island population. This was unexpected given the short time since colonization (around 5000 years) and the lack of similar events in other worldwide populations. “The rapid rise in frequency of these duplications together with their beneficial effect on nutrient homeostasis indicates these were important in adaptation”, explained Hancock. “Overall, our results provide an exceptionally clear example of how simple genetic changes can rewire nutrient processing in plants, enabling adaptation to a novel soil environment.”

These results also provide some encouraging news for crop breeding. Traditionally, information about gene function has come from studies of individual mutant lines. However, by using variation that exists in nature, it is possible to uncover more complex multi-step processes that can lead to changes in agriculturally-relevant traits. “The discovery that a simple two-step process alters nutrient transport in this case may offer clues for approaches to improve crops to better fit local soil environments. Moreover, gene disruption and gene amplification, as in the case of IRT1 and NRAMP1 in Fogo, are some of the simplest genetic changes to engineer, which makes them especially exciting because it means that they could be readily transferable to other species,” concluded Tergemina.

New research in plants that colonized the base of an active stratovolcano reveals that two simple molecular steps rewired nutrient transport, enabling adaptation. 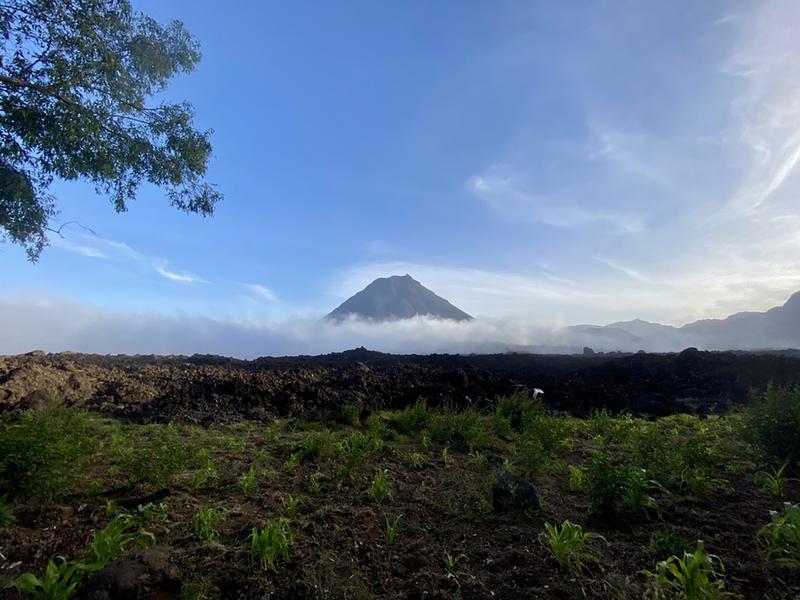