"An apple a day keeps the doctor away" is an old English saying that means apples are healthy, so you should eat one every day. A very special specimen is the type "Adams Parmäne", which is currently on the red list of endangered native crops in Germany. The Wiesengut Teaching and Research Station at the University of Bonn is working with pomologist Barbara Bouillon from the "Biologische Station im Rhein-Sieg-Kreis" to preserve this special apple variety. She shows how this can work and why it is so important right now.

The apple type „Adams Parmäne“ was bred in the county of Norfolk in England by a Mr. Adams in the early 19th century and was later spread to Germany. It belongs to the winter apples because its fruits ripen in early October, are ready for consumption from December and can be kept until March. The slightly conical, green-yellow-red variety is a good dessert apple with its aromatic sweet-sour taste. It is highly endangered and is therefore on the Red List of endangered native crops in Germany. This list includes all species groups of native useful plants and their varieties and cultivars that were adapted to local conditions and were of importance in Germany. Nowadays, the Adams Parmäne is almost not found in any nursery assortment throughout Germany and is therefore almost never replanted.

The Adams Parmäne is just one of numerous examples of the loss of genetic diversity on earth. This is not only about the extinction of wild animal and plant species or the loss of entire habitats, but also about the genetic impoverishment of crops available to humans. So far, there is only one registered tree of the Adams Parmäne variety in the entire Rhein-Sieg-Kreis. This one is located at the "Campus Wiesengut", a teaching and research station for organic farming at the University of Bonn. "In view of increasingly extreme climate changes, we cannot yet say with certainty what genetic resources mankind will be dependent on in 20, 50 or 100 years. Preserving livestock and crop diversity in their natural habitat therefore plays a very essential role," says Campus Wiesengut scientific coordinator Dr. Martin Berg.

Cooperation over many years

The Wiesengut Campus and the Department of Agroecology & Organic Farming have been working intensively for many years with the Biologische Station im Rhein-Sieg-Kreis, an institution at the interface of official and voluntary nature conservation in Rhein-Sieg-Kreis. "Like many old apple varieties, the Adams Parmäne is very undemanding and robust, so it can still be grown in adverse locations and grows very old," says biologist Barbara Bouillon, deputy managing director of the "Biologische Station" in Eitorf. In addition, the fruit can also be stored until late winter." However, the apple type has an image problem: "Unfortunately, it doesn't stand out and potential eaters tend to reach for more red-colored apples, which are not necessarily better in terms of taste, however, usually much worse."

The botanist and pomologist has been working at the Biostation for years to preserve old, endangered fruit varieties. The goal of the collaboration is to strengthen the populations of such highly endangered plant species as the Adams Parmäne. Propagation in apples, for example, works through a process known as "grafting." The simplest method is copulation. For this, one cuts off a healthy, one-year-old shoot from the apple tree and cuts a so-called scion about the thickness of a pencil from the middle section. This should be at least finger-long and have four buds. As a so-called grafting rootstock serves an apple seedling of the same thickness as far as possible. The shoot is then grafted onto the healthy seedling. After the graft has successfully grown, it forms the root of the new fruit tree, while the scion gives rise to the trunk and crown. If the scion sprouts in the spring, the grafting was successful.

The young Adams Parmäne trees are to be planted in the orchard meadows of the Biological Station in gaps left by dead trees. The older a tree gets, the more interesting it becomes from a biodiversity perspective, as numerous insects, birds and many other species benefit from the tree.

In the future, there will be even closer cooperation between the "Biologische Station im Rhein-Sieg-Kreis", the Wiesengut and the Department of Agroecology and Organic Agriculture at the University of Bonn. Various extremely rare species from the Rhein-Sieg-Kreis, of which only single specimens of the respective populations still exist at the natural site, will be sown and cultivated by the "Biologische Station" at the Wiesengut in order to plant them out again at a later date at the original site.

<
Ready is a grafted apple tree: The young Adams Parmäne is to be planted in the gap of a fruit stand. ...

<
Ready is a grafted apple tree: The young Adams Parmäne is to be planted in the gap of a fruit stand. ... 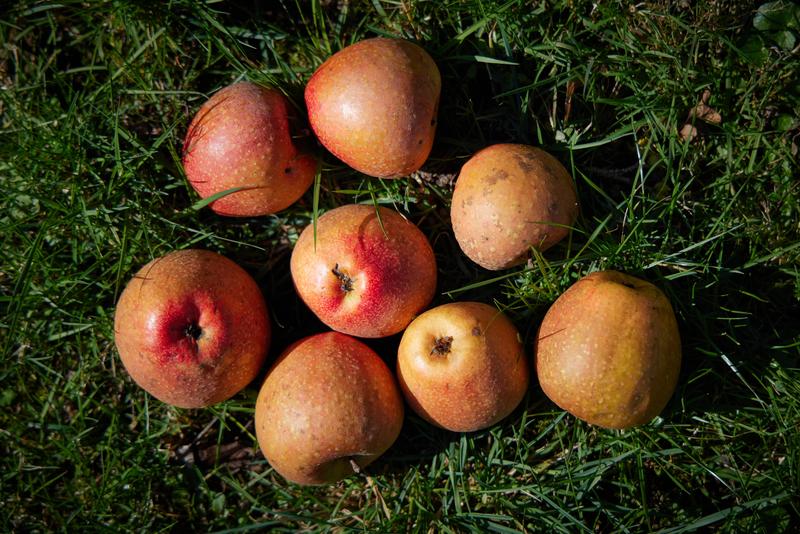 Ready is a grafted apple tree: The young Adams Parmäne is to be planted in the gap of a fruit stand. 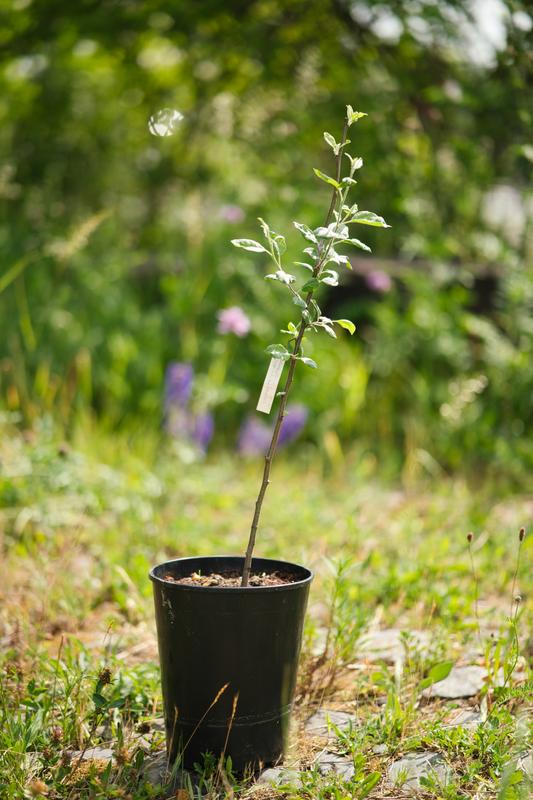