Home > Pressemitteilung: Effective against an overactive ...

A team of scientists led by Professor Karsten Hiller from the Braunschweig Centre for Systems Biology BRICS has discovered an endogenous, anti-inflammatory substance: mesaconic acid. This molecule could be a drug candidate that can be further developed to treat shock resulting from blood poisoning and autoimmune diseases such as psoriasis and inflammatory bowel disease (IBD) – without the known side effects of anti-inflammatory drugs currently in use.

Karsten Hiller's team has been working for many years on metabolic products that play a role in human immune defence. In 2013, the scientists discovered that immune cells in the blood and brain of mammals produce itaconic acid - a substance that had previously only been found in the metabolism of fungi. Itaconic acid is a natural antibiotic, so it fights bacteria but also inhibits inflammation.

As a result of this discovery, itaconic acid was the subject of numerous investigations. The researchers discovered that another metabolic product always occurs together with itaconic acid: mesaconic acid. Mesaconic acid is a chemical compound that the body produces from previously discovered itaconic acid. "We were interested in whether mesaconic acid also has an influence on inflammatory reactions," says Professor Hiller. In experiments with laboratory mice, the research team realised that this is indeed the case: if you administer mesaconic acid to mice whose immune system is currently "overshooting", i.e. showing too strong a defence reaction, the mice quickly get better. Their chance of survival increases.

When scientists find such an effect, they need to understand the metabolic processes behind it. The research consortium, which includes nine research groups from Braunschweig, Bonn, Luxembourg, La Jolla (USA) and Arhus (Denmark), found that mesaconic acid has a similar anti-inflammatory effect as itaconic acid. "However, there is a significant difference," says Dr Wei He, a member of Hiller's team and first author of the study: "Unlike itaconic acid, mesaconic acid does not block the enzyme succinate dehydrogenase. This enzyme has a central role in cell metabolism."

Succinate dehydrogenase (SDH) is part of the respiratory chain. If it is inhibited - for example by itaconic acid - this has strong negative effects on metabolism. Since mesaconic acid has no blocking effect on the SDH enzyme, but a similar good anti-inflammatory effect as itaconic acid, it is particularly interesting as a potential agent against autoimmune diseases. "We now need to investigate why mesaconic acid has a positive anti-inflammatory effect on the immune system", says He.

When the researchers have precise answers to this question, concrete pharmacological investigations can begin with mesaconic acid. "Mesaconic acid could be considered as an active agent against diseases in which the immune system is too strongly activated – in septic shock and especially also autoimmune diseases such as psoriasis or inflammatory bowel disease", says Professor Hiller. "Possibly with fewer side effects than other drugs. This is because it is a substance that the body produces itself and does not affect central metabolic pathways in the cells."

At the Braunschweig Centre for Systems Biology, the BRICS, researchers aim to understand what health means. To do this, we investigate the molecular connections that keep biological systems in balance. At BRICS, scientists use state-of-the-art methods to look at biological cells and record the status of highly complex metabolic networks holistically and precisely. With the help of computer-assisted, bioinformatic methods, they identify those factors that cause biological systems to become unbalanced – and thus lead to diseases. BRICS uses the knowledge gained in this way to develop innovative therapies.

BRICS is a joint research centre of TU Braunschweig, the Helmholtz Centre for Infection Research (HZI) and the Leibniz Institute DSMZ – German Collection of Microorganisms and Cell Cultures GmbH.

The study originated in the research focus "Infections and Active Substances" at TU Braunschweig in BRICS. Mice and immune cells from blood donors were used for the investigations. The animal experiments took place at the Luxembourg Institute of Health and at the University of Bonn and were carried out under strict safety and animal protection regulations. Primary immune cells from blood donors were investigated in cooperation with Hendricus Garritsen from the Klinikum Braunschweig. 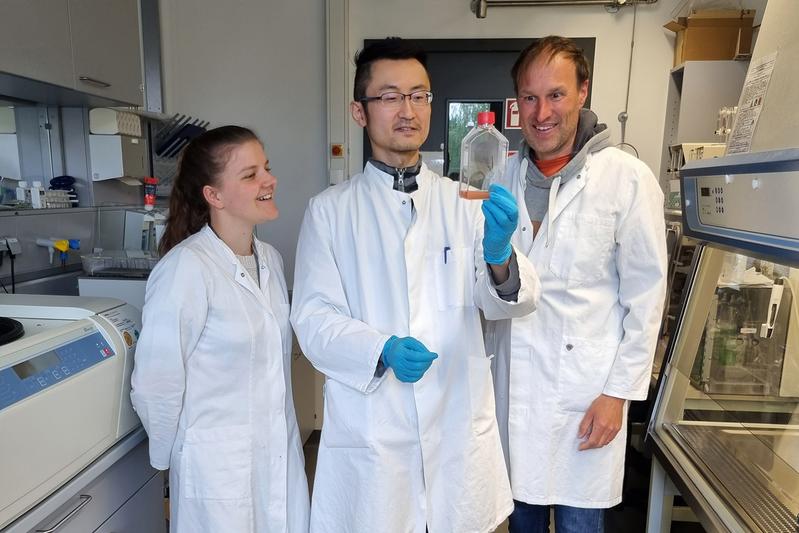