Throughout one’s life, the blood is constantly being replenished from blood stem cells. However, these cells lose their functionality in old age. Researchers at the Leibniz Institute on Aging – Fritz Lipmann Institute (FLI) have now found a gene mechanism that is responsible for the aging of hematopoietic stem cells. The gene Igf2bp2 is important in youth for the full function of these cells, as it activates their growth and metabolism. When the gene is missing, however, the aging-associated loss of function of the stem cells is surprisingly diminished. The eventual aging of hematopoietic stem cells is apparently already preprogrammed by their gene-driven growth in youth.

Jena/Los Angeles. At what point do we start to age? Scientists have been speculating about this for some time. Does aging already begin early in life, or does the process start even in the embryo? Initial studies on worms have shown that the absence of certain growth genes slows down their development but can also delay their aging. Whether this connection also exists in mammals was previously unclear and was therefore investigated in more detail in the current study, on mouse hematopoietic stem cells, which has now been published in the journal "Blood".

Researchers at the Leibniz Institute on Aging – Fritz Lipmann Institute (FLI) in Jena have been able to demonstrate that in mice, the growth factor Igf2bp2 controls hematopoietic stem cell function in young adulthood by activating stem cell metabolism and growth. “After that, the gene is silenced and loses its function, it shows hardly any activity in the stem cells in advanced age,” explains Prof. K. Lenhard Rudolph, research group leader at the FLI and professor of molecular medicine at FSU Jena. “Surprisingly, mice in which the gene is mutated show a reduction in the age-associated loss of function of the blood stem cells in late life, even though the gene is no longer active. This suggests that Igf2bp2 gene function in early life leads to the aging of the stem cells.”

The hematopoietic stem cells in the bone marrow continuously ensure that the blood system is supplied with new cells throughout life and that in stressful conditions, such as infections, inflammations or bleeding, the production of the required blood cells can then be initiated immediately. Blood formation, also called hematopoiesis, is regulated by a complex system of stem cells. The activity of the metabolism and of growth signals contributes decisively to the development of stem cell function. However, as the organism ages, increased metabolic activity can also lead to functional exhaustion of hematopoietic stem cells. Whether the metabolic and dividing activity of hematopoietic stem cells during embryonic development or in adolescence already predetermines later aging of the cells had not been previously been reported and was therefore the subject of the current study.

The experimental findings of the current study suggest that the activation of growth and metabolism in juvenile mice preprograms the subsequent loss of function of hematopoietic stem cells and inscribes this into the cell’s memory. The Igf2bp2-gene drives growth and metabolic activity at a young age but these activities contribute to the age-associated loss of hematopoietic stem cell function in later life.

“The study results show that a certain growth and metabolic activity is necessary for the undisturbed development of our blood stem cells. However, these two processes simultaneously burn themselves into our cells as a kind of memory and then contribute to the loss of function of the blood stem cells later in life,” postulates Prof. Rudolph. “The mechanistic principles behind this cell memory are still largely unknown. But if we were able to understand it sufficiently well, new therapies could be developed to improve health in old age.”

The present study was carried out in cooperation with systems biologist Prof. Adam L. MacLean and his collaborator, Megan Rommelfanger, from the University of Southern California, Los Angeles, USA. The research group specializes in the study of genes at the single-cell level. Using this expertise, the scientists were able to identify a new subset of hematopoietic stem cells that exhibit particularly strong activity of Igf2bp2-dependent metabolism and growth in adolescent mice.

“The activity phase of the Igf2bp2 gene at a young age could trigger a kind of memory in the blood stem cells,” the researchers speculate, “which then contributes to blood system dysfunction later at an advanced age,” Dr. Miaomiao Suo, the study’s first author, thinks that chemical changes in genetic information, or epigenetic factors, could be significant here. “We age because we grow. We can’t get around that. But it may become possible in the future to erase the cellular memory of metabolic and growth activity, thereby improving the aging process,” Prof. Rudolph concludes.

The growth factor Igf2bp2 controls the growth and metabolic activity of blood stem cells at a young age and contributes to the age-associated loss of stem cell function later in life. 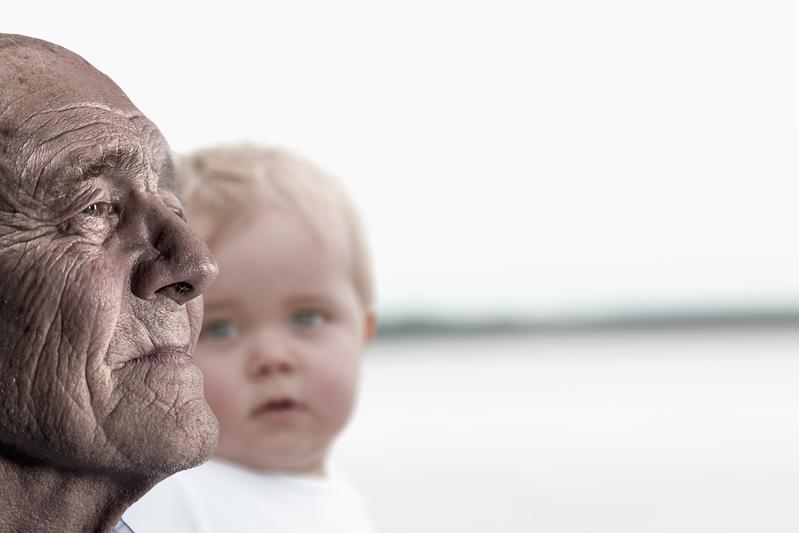