Study: Algae Mats as Refuge for Animals in Mediterranean Sea

Marine ecosystems are changing due to climate change, including in the Mediterranean Sea. Red algae mats, which have been little studied to date, appear to play a special role as a refuge for many different animals there. The Department of Marine Ecology at the University of Bremen has now published surprising results in the renowned journal “Communications Biology”. They are based on the summarized findings of six bachelor theses written by biology bachelor students from the University of Bremen.

Nearly all marine ecosystems worldwide are threatened by anthropogenic climate change. Ocean warming caused by climate change, often in combination with overfishing and eutrophication, is contributing to the transformation of these ecosystems. As a result, changes in seafloor communities can be observed worldwide: invertebrates such as corals or plants such as seagrasses that provide habitats are often replaced by algae in this process.

These changes are often accompanied by a loss of characteristic ecosystem functions such as structural complexity and biodiversity (i.e., the number of different associated species of plants and animals). In the Mediterranean Sea, classic habitats with high biodiversity, such as seagrass meadows or gorgonian forests, are currently experiencing overgrowth by red algae mats at many sites. However, knowledge about these changes and their consequences is scarce.

Scientists from an international research project led by the Department of Marine Ecology at the University of Bremen partnered with the Institute of Marine Biology on the Italian island of Giglio, which is located near the Tuscan coast. The team studied species composition and diversity within red algae mats at several sites around Giglio and compared them with neighboring seagrass meadows.

“Our knowledge of these red algae mats, which appear to be becoming more common, is severely limited. Research projects that shed light on this subject are therefore necessary to understand these novel ecosystems,” explains Professor Christian Wild, head of the Department of Marine Ecology at the University of Bremen. His research associate, Dr. Yusuf C. El-Khaled, is lead author of the study, which was recently published in the journal “Communications Biology.”

A total of six bachelor theses written by biology students from the University of Bremen, who studied these red algae mats and whose findings have been combined in condensed form in this article, produced exciting results. All six undergraduate students are also co-authoring the publication. “We showed that the typical picture of algae-dominated ecosystems with low species diversity bears no relation to reality in this case. On the contrary, these red algae mats are full of small invertebrates such as starfish, mussels, tubeworms, bryozoans, and sea squirts. Both the number of species and the number of individuals significantly exceed those of the neighboring seagrass meadows,” says El-Khaled. “All of the common indices typically used to compare biodiversity showed that these red algae are not only comparable to seagrass meadows in terms of their invertebrate community, but their biodiversity is similar to or even exceeds that of other known biodiversity habitats such as coral reefs or mangrove forests.”

The Hunch: Red Algae Have a Key Function

“We suspect that these long-living red algae mats could play a key role, as seagrass meadows and gorgonian forests are threatened and declining in distribution in the Mediterranean Sea and beyond,” says Professor Wild. “These red algae mats could act as a refuge habitat for invertebrates during difficult times. If conservation measures for seagrass meadows and gorgonian forests are successful, and the current decline is halted or reversed, recolonization could occur from the red algae mats – where many animals that no longer appear elsewhere have found refuge.”

Seagrass meadows – as shown here in the photo – and gorgonian forests are also threatened in the Mediterranean Sea. According to a study by the University of Bremen, red algae mats could take on a special role as a refuge for many different animals. 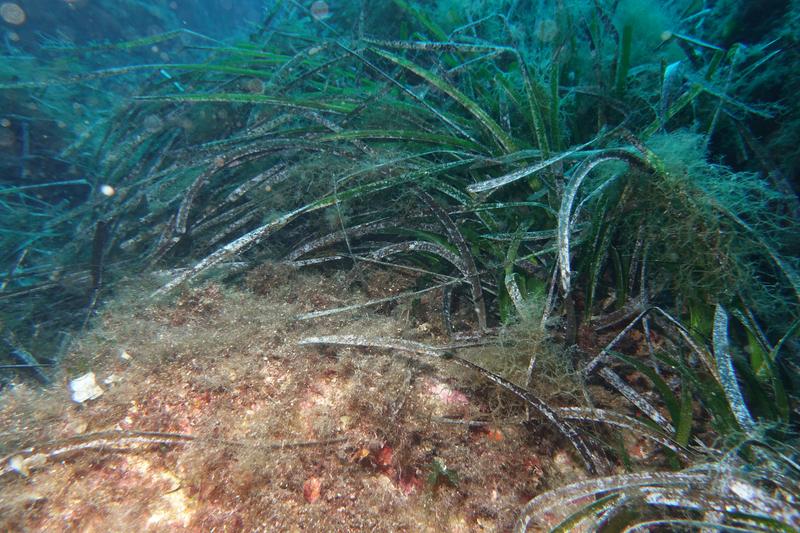 Red algae mats could act as a refuge habitat for invertebrates during difficult times. 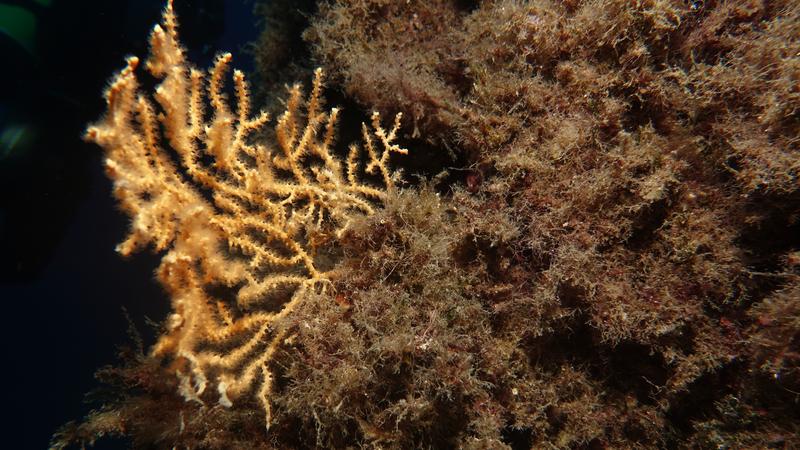