The Caucasus Barcode of Life (CaBOL) Project, led by the LIB, conducted “Bioblitzes” in the Caucasus that yielded a large number of first records of animal species. From the border of Iran in the south to the border of Russia in the north, the aim was to record as many of the yet unknown species as possible in one of the world’s most undiscovered biodiversity hotspots. Part of the scientific expedition to Armenia and Georgia were two "Citizen Science Bioblitzes”. For the first time, more than 100 nature enthusiasts came together in the botanical gardens of Yerevan (Armenia) and Tbilisi (Georgia) to record as many species as possible in one day.

During a “Bioblitz”, nature enthusiasts try to discover as many species of plants, fungi and animals as possible in a given area and time period. In this case, the Citizen Science events took place in the Botanical Gardens of Yerevan (Armenia) and Tbilisi (Georgia) as a mixture of competition, festival, educational event and scientific investigation. For this purpose, CaBOL brought together a group of international researchers as well as interested citizens to jointly survey biodiversity in a special habitat in Georgia and Armenia. Participation was free to the public. The event aimed primarily at children and young people, who thus became scientists for a day. The hope was to awaken the interest of young people in biodiversity and taxonomy. With well over 100 participants at each event, both were a great success.

A “Bioblitz” is a well-established method for recording a large number of species in a short period of time. "The task is a big one because, after all, the aim is to document the value of biodiversity for society in a biodiversity hotspot in an extremely short period of time. We thus contribute to the protection of valuable and threatened biodiversity in one of the regions most worthy of protection in the world," says Dr. Nils Hein, coordinator of the CaBOL Project at the Leibniz Institute for the Analysis of Biodiversity Change (LIB), Museum Koenig Bonn, explaining the challenge. The Caucasus region is one of the biodiversity hotspots of our planet and harbors immense ecological treasures. The samples collected will serve as a comprehensive genetic record of the numerous animal and plant species of the Caucasus, thereby protecting large and unique natural areas. The DNA barcodes are cataloged and stored in a publicly accessible reference database.

Dr. Martin Husemann, insect specialist at LIB, Museum of Nature Hamburg, adds: "We are creating an infrastructure for biodiversity research and education in Georgia. But at home we are also committed to bringing nature closer to the people. For example, on Saturday, June 18, 2022, LIB, Museum of Nature Hamburg organized a “Bioblitz” during the Long Day of Urban Nature in Hamburg. By looking at how many species we find together in a defined time, we see how diverse the biodiversity around us is - even in urban environments. Nothing seems more appropriate than inviting many and especially young people to join our investigations and recognize the huge diversity of species that surround us in everyday’s life."

In context with old and new collection data from around the world, such newly generated data offer the possibility to forecast the development of biodiversity in time and space. Which species will be threatened by extinction and the climate crisis? Experts could thus also find out which species might be profiteers of global and regional environmental changes.

The CaBOL Project, funded by the German Federal Ministry of Education and Research, aims to catalog numerous animal and plant species of the Caucasus. The initial focus of the project is on the species-rich southwest Caucasus, in the countries of Georgia and Armenia. The Caucasus is one of the biodiversity hotspots on our planet, but this biodiversity is threatened by many factors such as climate change, industrialized agriculture, and the spread of invasive species. In the future CaBOL will be a cornerstone for subsequent applied biodiversity research and will further develop the educational infrastructure in the Caucasus region. In addition, this work is complemented by the VW Foundation-funded NICCCO Project (New Infrastructure for Caucasian Collection of Chalcids and Orthoptera), which aims to build new infrastructure and knowledge transfer to establish physical and digital collections for insects of the Caucasus biodiversity hotspot.

About the Leibniz-Association
The Leibniz Association combines 96 independent research institutes. Their focus ranges from the natural, engineering, and environmental sciences to the humanities and the business, space, and social sciences. The Leibniz institutes focus on relevant social, economic, and ecological issues. They perform knowledge-oriented and applied research (also among the cross-disciplinary Leibniz research alliances), are or support scientific infrastructures, and offer research-based services.

<
Recognizing and identifying biodiversity: Bioblitz at the Botanical Garden in Tbilisi, Georgia, orga ...

<
A nymph of a common bush cricket species in the botanical Garden of Yerevan.

Recognizing and identifying biodiversity: Bioblitz at the Botanical Garden in Tbilisi, Georgia, organized by CaBOL, on May 26 - with approx. 110 participants including mainly school classes, students and interested citizens. 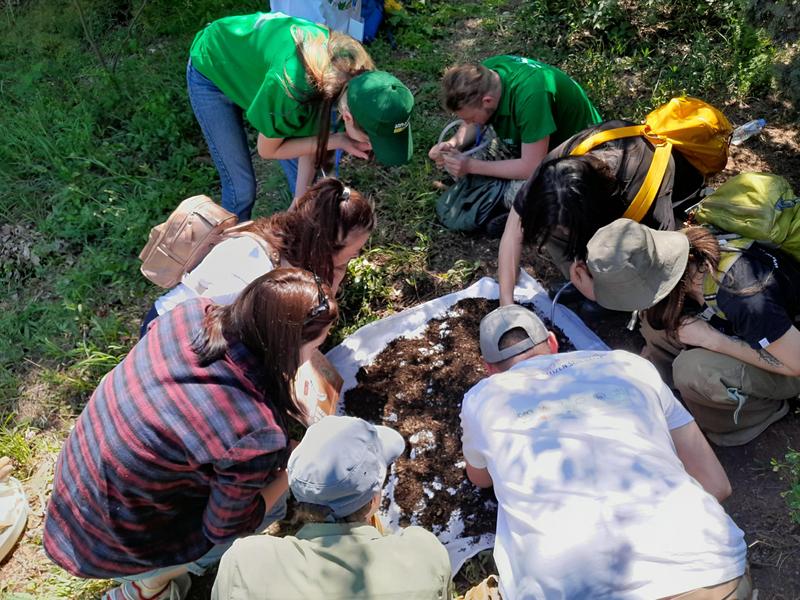 A nymph of a common bush cricket species in the botanical Garden of Yerevan. 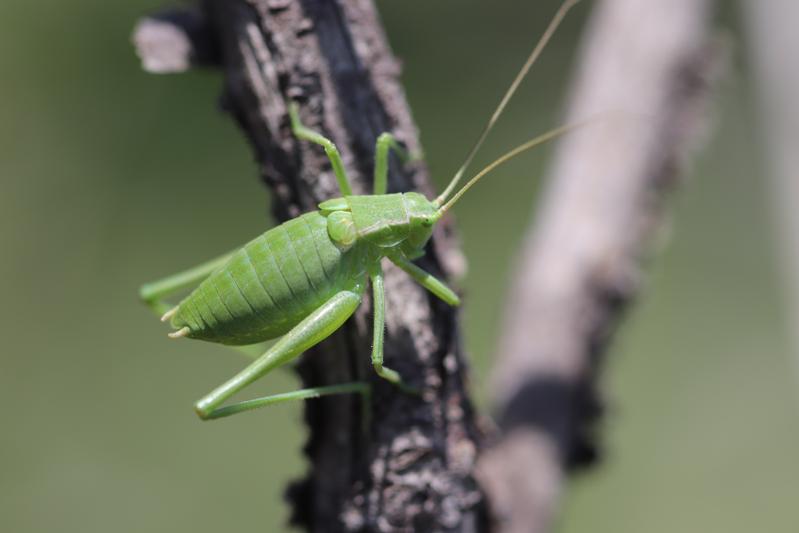