Time travel through a geographical century

On the occasion of the 100th anniversary of the IGU, the edited volume "A Geographical Century" conveys a complex picture of the history and current significance of geography as an international science.

From a critical-historical perspective, the volume analyses the various forms of geographical internationalism that emerged in the 20th century. The 18 essays were authored by more than 30 leading geographers from all over the world. Based on the latest research findings, "A Geographical Century" shows how international relations within the discipline as well as with related natural and social sciences have changed. It is always about the question: How has the International Geographical Union (IGU) influenced the development and dissemination of geographical concepts and knowledge, and what role could the discipline´s only world association play in the future?

„The book was a truly international project from the very beginning. Instead of a classic anniversary publication, we wanted to highlight the efforts and successes, but also the contradictions of the internationalisation of geography as a science, school subject and applied discipline,“ explains Bruno Schelhaas of the Leibniz Institute for Regional Geography (IfL), co-editor of "A Geographical Century" and author of the article on the IGU‘s post-war history.

Important sources on the history of the IGU can be found in its collected records in the Archive of Geography at the IfL. „The story of the IGU´s archival records (…) is an interesting commentary on the complex process of Geography´s internationalisation since 1922,“ the editors write in the introduction to "A Geographical Century". “Like many international organisations, the IGU has never had a permanent office. The organisation´s administration, and associated archives, have continually moved from place to place, following each newly elected Secretary.” The odyssey ended in 2013. Since then, all documents have been collected in the IfL archive in Leipzig and made accessible to the public.

"A Geographical Century" is divided into three main parts: the history of international geography and the IGU in the 20th and 21st centuries, the current challenges of the discipline, and the possible perspectives for the future. The volume has been published by Springer Nature as an e-book and a print edition. It will be presented to the professional public on 20 July 2022 at the International Geographical Congress in Paris. 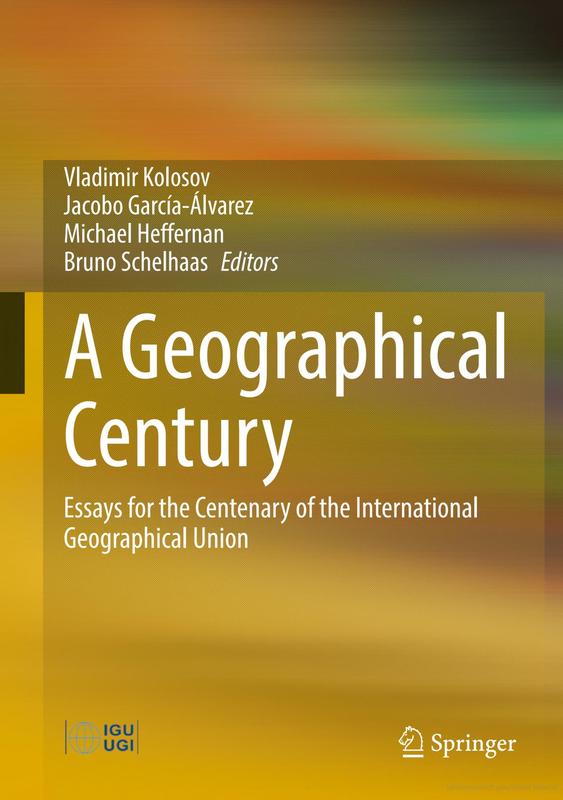