Enzyme of bacterial origin promoted the evolution of longhorned beetles

Gene duplication increased the diversity and specificity of enzymes that enable larvae of longhorned beetles to degrade important wood components. Researchers at the Max Planck Institute for Chemical Ecology in Jena, Germany, looked closer at a group of digestive enzymes found only in this beetle family. They resurrected the primordial enzymes, which first appeared in a common ancestor of longhorned beetles. Horizontal gene transfer from bacteria to the beetle as well as ancient and recent gene duplications promoted the evolution of this family of digestive enzymes and enabled longhorned beetles to degrade the main components of the plant cell wall.

Larvae of longhorned beetles develop primarily in woody tissue, which is difficult for most organisms to digest. However, longhorned beetle larvae possess special enzymes to break down the various components of the plant cell wall. Researchers at the Max Planck Institute for Chemical Ecology in Jena, Germany, have now taken a closer look at a group of digestive enzymes found only in this beetle family. They resurrected the primordial enzymes, which first appeared in a common ancestor of longhorned beetles. Horizontal gene transfer from bacteria to the beetle as well as ancient and recent gene duplications promoted the evolution of this family of digestive enzymes and enabled longhorned beetles to degrade the main components of the plant cell wall, which make the bulk of their diet (Molecular Biology & Evolution, June 2022, doi: 10.1093/molbev/msac128).

Longhorned beetle larvae play an important role in forest ecosystems because they feed on the wood of dead trees and thus return nutrients to the natural cycle. Larvae of some longhorned beetle species (Cerambycidae) even feed on the wood of living trees or develop in processed wood and can thus cause considerable economic damage. Wood is formed by lignification, i.e. the incorporation of lignin into the plant cell wall. The main components of wood are the polysaccharides cellulose and xylan and the polymer lignin, which are difficult for most organisms to degrade. Like leaf beetles, weevils, and bark beetles, longhorned beetles have enzymes to break down plant cell wall components. Some enzyme families are widely distributed in these beetle families, but GH5_2 enzymes have so far only been found in longhorned beetles. Therefore, a team of researchers from the Max Planck Institute for Chemical Ecology and the Great Lakes Forest Centre in Canada wondered what was so special about these enzymes and why they are only found in longhorned beetles. "Some of our earlier studies suggested that in at least one subfamily of longhorned beetles, the flat-faced longhorns, members of the GH5_2 enzyme family have evolved to break down not only cellulose but also other polysaccharides, such as xylan and xyloglucan. We wanted to find out whether these catalytic abilities were only restricted to flat-faced longhorns or whether it was a kind of trademark in all longhorned beetles," study leader Yannick Pauchet explains the initial question of the study.

To answer the question, the researchers combined phylogenetic analyses with the generation of large-scale functional data. The result of studying a total of 113 GH5_2 enzymes from 25 species is a comprehensive analysis of the evolutionary history of this group of enzymes in longhorned beetles. The scientists found that their function, i.e. which polysaccharides they can break down, was due to how they were related to each other. All genes were the results of at least four gene duplications. From the comparative studies, the researchers were able to deduce the gene sequence of the original enzyme, which first appeared in an ancestor of today's longhorned beetles after being transferred from bacteria. They successfully expressed it in cell cultures and tested its activity on a number of important plant cell wall polysaccharides. "These experiments provided important evidence that this original enzyme, a cellulase, not only degraded cellulose but was "promiscuous," meaning it also catalyzed the conversion of other substrates, such as xylan and glucomannan. This ability may have been a prerequisite for the evolution of substrate specificity of these enzymes after gene duplication," says first author Na Ra Shin.

A surprising result for the researchers was that they identified an enzyme that favors transglycosylation, the transfer and attachment of a sugar group, over hydrolysis, i.e. cleavage by reaction with water. "Only extensive activity screening of enzymes, as we have done here, made the discovery of an enzyme with such properties possible," Na Ra Shin says.

Research on the ability of insects to digest certain components of plant food shows that horizontal gene transfer played a very crucial role. "There is growing evidence that the acquisition of novel metabolic capacities through horizontal gene transfer was of tremendous importance for the evolution of many organisms," says Yannick Pauchet. Longhorned beetles are one of the largest and most diverse families of beetles. The evolutionary success of the estimated more than 36,000 longhorned beetle species worldwide is certainly based to their ability to break down previously indigestible food and thereby open up new habitats.

The systematic approach of this study that combines the discovery of sequences and the functional characterization of a complete enzyme family in a set of beetle species is also an effective way to identify catalytically interesting enzymes for potential biotechnological applications. Enzymes capable of the reverse reaction, i.e., transfer and attachment of a sugar or transglycosylation instead of cleavage, are of particular interest here. "Some oligosaccharides have therapeutic potential. However, their synthesis is difficult and requires tedious chemical methods with low yields. Alternatively, glycosyltransferases can be used, but they are very unstable and require expensive donor substrates. The use of enzymes for transglycosylation can circumvent all these drawbacks. We have discovered a naturally occurring transglycosidase with our approach. This is a minor sensation," Na Ra Shin is pleased to report.

For the researchers, it would be interesting to go a step further in understanding the importance of these enzymes for the biology of longhorned beetles. However, this work would only be possible with the help of mutants. "So far, it has been simply not feasible to produce mutants with altered enzyme activity in these insects because they remain hidden in woody tissues for most of their lives, their development time can reach up to several years, and they are not easy to rear in the laboratory," says Yannick Pauchet.

Three steps to the (evolutionary) success of longhorned beetles 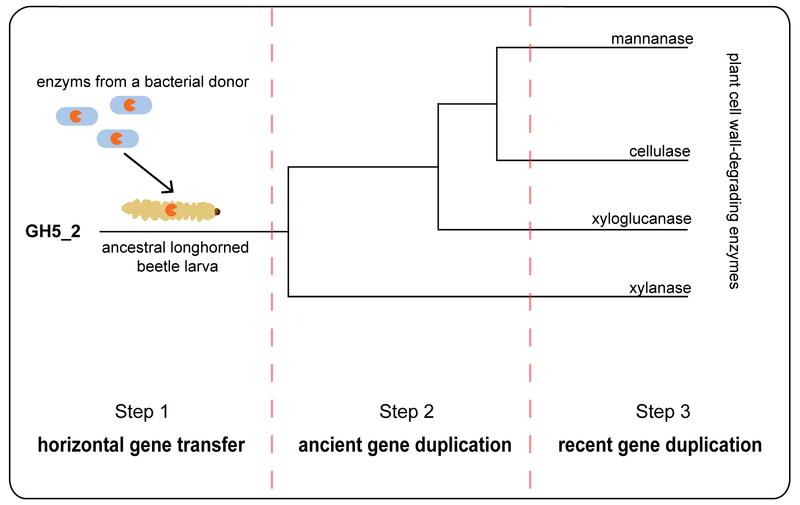 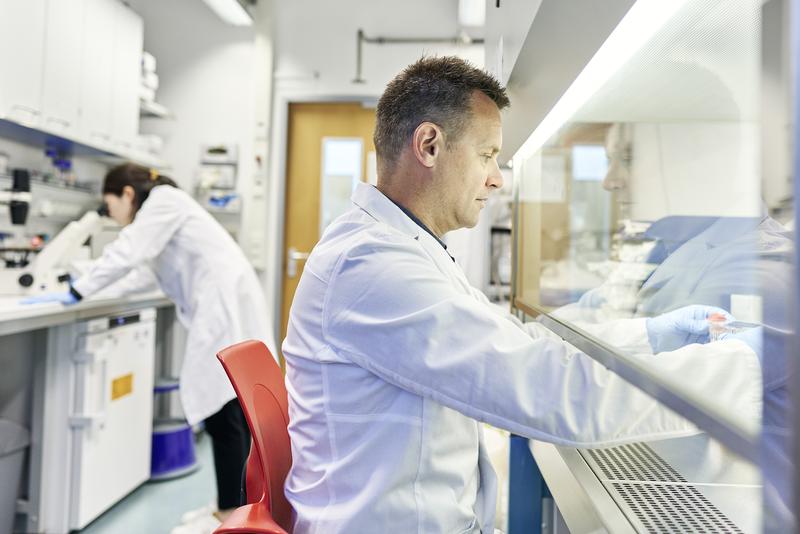