Love – a Comedy of Errors

The University of the Arts Bremen invites you to the premiere of their musical theatre project 2022: “The Cousin from Nowhere” by Eduard Künneke.

Students are being tasked to go to their limits on the stage in the arts of singing, dancing, acting and speech. Meanwhile the University Orchestra is challenged to make the sounds of a light entertainment float that scintillates with self-mockery.

The Music Faculty at the University of the Arts (HfK) Bremen has made their choice for their annual project on musical theatre: “The Cousin from Nowhere,” an operetta in three acts created by the German composer Eduard Künneke (1885-1953).

Gregor Horres, Docent for stage design, will direct. Stefan Veselka, Professor for conducting orchestras and ensembles, has signed on as musical director. The premiere will be celebrated on July 14, 7.30 pm at the Unser Lieben Frauen Kirche Bremen. Additional performances will be held there on July 15 and 16 at 7.30 pm.

Director Gregor Horris explains: “These dreary and frustrating times of Corona just gave us the final push to engage with light entertainment. This work is choc-a-bloc filled with wonderful, evergreen melodies and songs—a splendid diversion.” Künneke wrote the piece during another pandemic. While the Spanish Influenza had been overcome by April 1920, “The Cousin from Nowhere” premiered just a year later at the Theater am Nollendorfplatz in Berlin.

There will be loving, flirting, singing and fibbing aplenty, squares will be ridiculed with witty words and slap stick comedy, while dance crazes of the Golden Twenties such as the foxtrot, pasodoble, tango and shimmy will return to the stage as dear old Mister Moon shines a romantic light on the characters and their dreams of loving bliss. To the surprise of no one all the protagonists are trying very hard to either find a partner in marriage for themselves—or somebody else.

But mainly her older relatives want to manage the love life of young heiress Julia de Weerts and steer the destination of her substantial inheritance according to their own interests. Julia therefore finds herself besieged by a throng of suitors, while she herself would rather just wait for her beloved Roderich. But for what feels to be like an eternity, he has sojourned into a distant nowhere … or somewhere in Asia … maybe to Batavia, known today as Jakarta, the capital of Indonesia. But nobody really knows—and much less so has any ideas on his plans to return. But then a mysteriously attractive “wanderer” shows up and kicks off a tempestuous comedy of errors. Might he be the beauteous Roderich or just some conman out for a handsome dowry? Swathed in the sounds of a romantic opera, Julia and he strangers glide away into the fairy land of love at first sight of each other.

As Horres says: “The work ends on a fairly undramatic note. There is no grand finale. Julia casts her lot with the stranger.” But that is exactly what he appreciates about “The Cousin from Nowhere”: “The work never loses touch to real live. Characters and situations are being drawn in a highly detailed and factual fashion. The characters test their luck and destinies while swinging along for a tango or foxtrot. Some chose riches as their answer, others pick love. And of course marriage emerges as a major bone of contention. Could the sacred institution turn out to be just a mousetrap in the end?” That seems to be very much the idea, as Horres suggests, quoting the lyrics on marriage being indeed like a mousetrap: “Many men will enter, but then they all have to stay put, as the door just opens to the inside—and then it snaps shut.”

The HfK music theater project 2022 "Der Vetter aus Dingsda" will be conducted by Stefan Veselka. Performances will take place from 14 to 16, July. 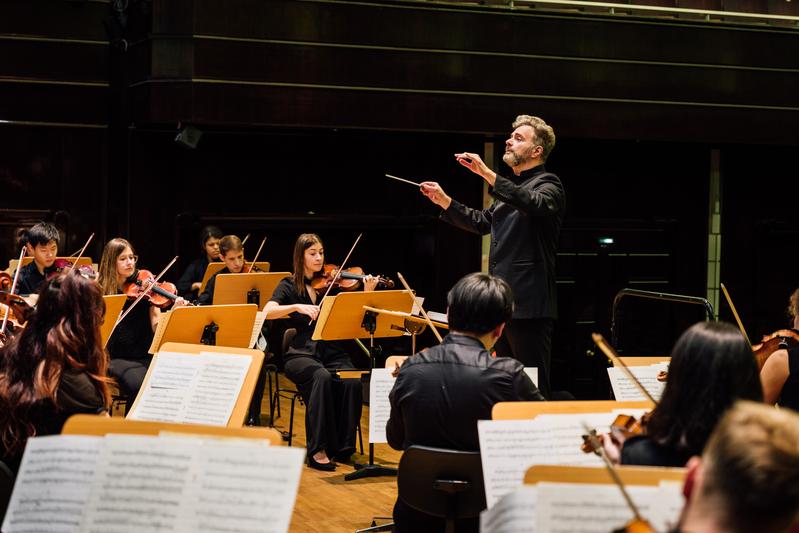