Home > Pressemitteilung: The beginning of life: The early ...

The beginning of life: The early embryo is in the driver's seat

One often thinks that the early embryo is fragile and needs support. However, at the earliest stages of development, it has the power to feed the future placenta and instructs the uterus so that it can nest. Using ‘blastoids’, in vitro embryo models formed with stem cells, the Lab of Nicolas Rivron at IMBA showed that the earliest molecular signals that induce placental development and prepare the uterus come from the embryo itself. The findings, now published in Cell Stem Cell, could contribute to a better understanding of human fertility.

Who takes care of whom at the onset of life? The placenta and the uterus nurture and shelter the fetus. But the situation at the very early stage of development, when the blastocyst still floats in the uterus, was unclear so far. Now, the research group of Nicolas Rivron at IMBA (Institute of Molecular Biotechnology of the Austrian Academy of Sciences) uncovered basic principles of early development using blastoids.

Blastoids are in vitro models of the blastocyst, the mammalian embryo in the first few days following fertilization. These embryo models were first developed by the Rivron lab from mouse stem cells (Nature, 2018) and then from human stem cells (Nature, 2021). Blastoids provide an ethical alternative to the use of embryos for research and, importantly, enable multiple discoveries.

Now, blastoids settled a “chicken or egg” dilemma. Using mouse blastoids, the researchers found that the early embryonic part (~10 cells) instructs the future placental part (~100 cells) to form, and the uterine tissues to change. “By doing this, the embryo invests in its own future: it promotes the formation of the tissues that will soon take care of its development. The embryo is in control, instructing the creation of a supporting surrounding,” states Nicolas Rivron.

Indeed, the team discovered several molecules secreted by the few cells from which the fetus develops, the epiblasts. They observed that these molecules tell other cells, the trophoblasts that later form the placenta, to self-renew and proliferate, two stem cell properties that are essential for the placenta to grow.

The team made their findings partly by examining the extent of implantation of the mouse blastoids in an in vivo implantation mouse model. “I was very surprised by the efficiency at which our blastoids implanted into the uterus. And by changing the properties of the trophoblasts within blastoids, including the secretion levels of WNT6/7B, we could clearly change the size of the uterine cocoon,” says co-first author Jinwoo Seong, a postdoctoral fellow in the Rivron lab, who performed these experiments.

Because implantation is the bottleneck in human pregnancies – around 50 percent of pregnancies fail at that time – and WNT6 and WNT7B are also present in human blastocysts, these findings might explain why, sometimes, things go wrong. "We are currently repeating these experiments with human blastoids and uterine cells, all in a dish, to estimate the conservation of such basic principles of development. These discoveries might ultimately contribute to improving IVF procedures, developing fertility drugs, and contraceptives” says Nicolas Rivron.

The teamwork was also driven by two other co-first authors: Javier Frías Aldeguer, a former Ph.D. student, and Viktoria Holzmann, a current Ph.D. student. “Understanding these fundamental principles of embryonic development will ultimately contribute to empowering women to have a better grip on their fertility, which would not only improve family planning but also impact gender equality in society,” says Viktoria Holzmann. 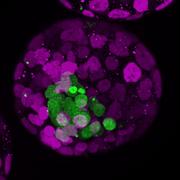 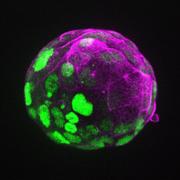 <
An axis of protein expression in a mouse blastoid

<
An axis of protein expression in a mouse blastoid 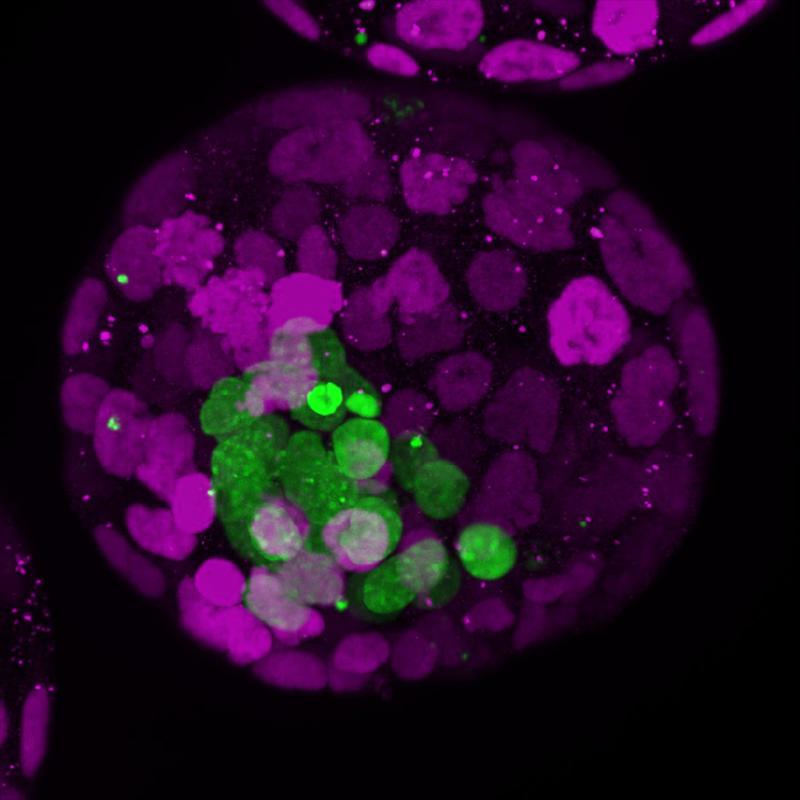 An axis of protein expression in a mouse blastoid 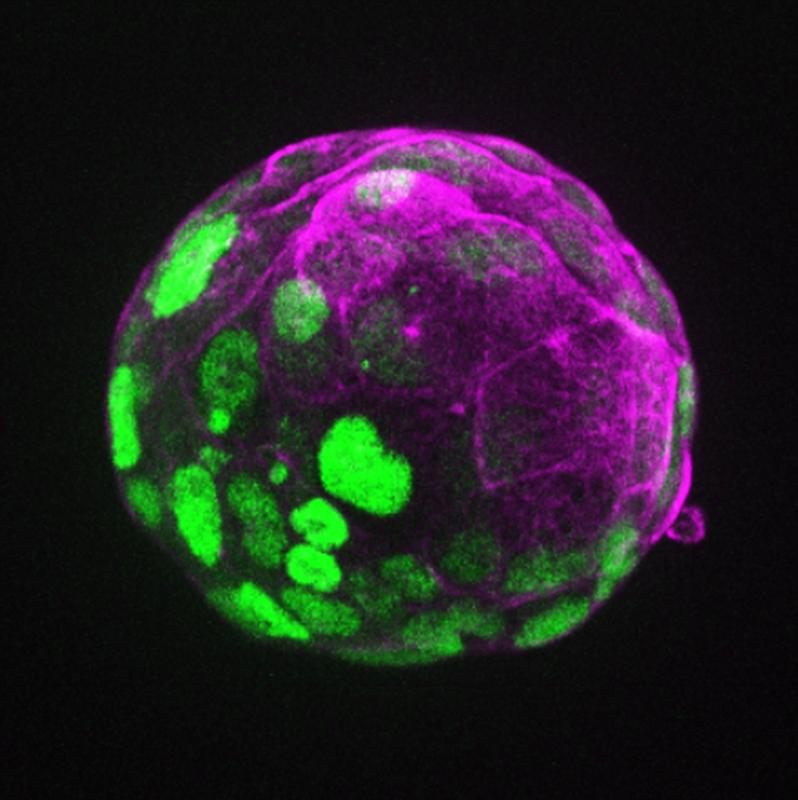