Researchers at the Universities of Bonn and Osnabrück have discovered a protein whose defect causes motor disorders in flies. The protein had also previously been found in human patients with Parkinson's disease. So far, however, it was not known what function it has in the cell. The study now provides an answer to this question. The work, in which the University Hospital Aachen was also involved, has now been published in the journal Science Advances.

In their study, the research groups looked at a protein called Creld. A study from Bonn had recently been able to demonstrate that Creld plays an important role in the development of the heart in mammals. "We wanted to find out exactly what the protein does," explains Dr. Margret Helene Bülow, a lecturer at the LIMES Institute of the University of Bonn.

For this purpose, the researchers studied fruit flies of the genus Drosophila, which they had genetically modified in such a way that they cannot form Creld. In the animals, the heart rate was slowed in a characteristic way - a sign of energy deficiency. They also exhibited severe motor disorders. The power plants of the cell, the mitochondria, are responsible for providing energy. Their malfunction can result in the death of nerve cells that are responsible for motor function in humans. The clinical picture is known as Parkinson's disease.

"So Creld may play an important role not only in impaired heart function, but also in Parkinson's disease," says Dr. Nicole Kucharowski of the LIMES Institute, who, along with her colleague Marie Paradis, conducted a key part of the experiments in the study. "The findings of a recent analysis are consistent with this. It suggests that Creld production is often reduced in Parkinson's patients." But just how Creld might be related to Parkinson's was puzzling: The protein is not found in mitochondria at all. It can be detected exclusively in a widely branched network of tubes that serves to produce various molecules in the cell - the endoplasmic reticulum (ER). How can it interfere with the function of cellular power plants from there?

To find out, the researchers administered small amounts of a pesticide to healthy fruit flies (i.e., those that can form Creld). It contains the active ingredient rotenone, which is suspected of triggering Parkinson's disease in humans. Rotenone acts directly in the mitochondria by inhibiting a key step in energy production. After administration of the pesticide, the flies showed motor disorders similar to those of the Creld mutants. "We also found that their mitochondria are very often in contact with the ER," Bülow explains.

Creld is therefore important for increasing energy production in the cell. This is in line with the observation that Drosophila mutants without Creld produce hardly any hydrogen peroxide in their mitochondria - this is a molecule produced as a waste material during the work of the power plants. Hydrogen peroxide can damage cells. Until now, it was thought that it was produced in excessive amounts in people with Parkinson's or that it was not adequately disposed of. This would gradually poison the nerve cells responsible for motor function.

It is possible, however, that another effect might cause their demise - namely, the chronic undersupply of energy triggered by damage to or underproduction of Creld. "This is a thesis that we now need to investigate further," says Bülow, who is a member of the Transdisciplinary Research Area “Life and Health” at the University of Bonn.

The current success is also the result of a successful cooperation. For instance, essential parts of the work were carried out at the University of Osnabrück. Dr. Julia Sellin, who originally helped initiate the study, has also recently moved to the University Hospital in Aachen. "The collaboration with Prof. Dr. Christoph Thiele from the Cluster of Excellence Immunosensation2 here at the University of Bonn also went extremely well," stresses Bülow.

Working groups from the Universities of Bonn and Osnabrück, the University Hospital Aachen and the Leuven Center for Brain and Disease Research in Belgium were involved in the study. The work was funded by the German Research Foundation. 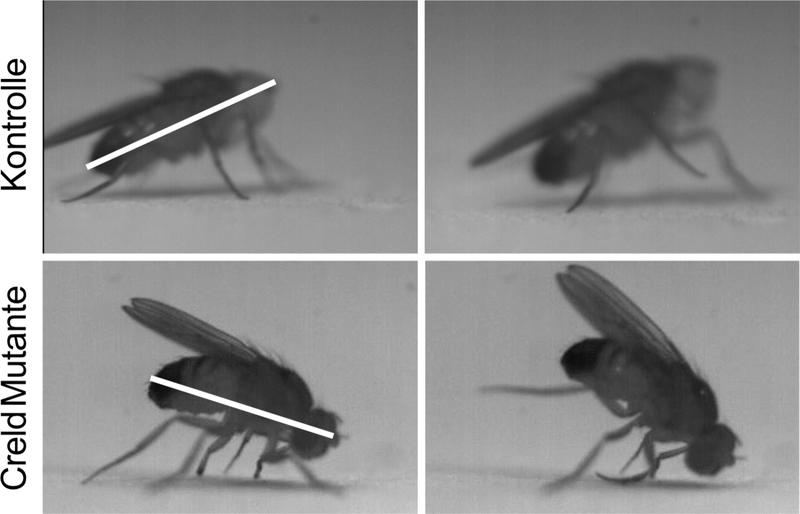 A research team from the University of Bonn has studied the function of a protein in flies. From left to right: Santiago Maya, Dr. Gabriela Edwards Faret, Nicole Kucharowski and study leader Dr. Margret Helene Bülow. 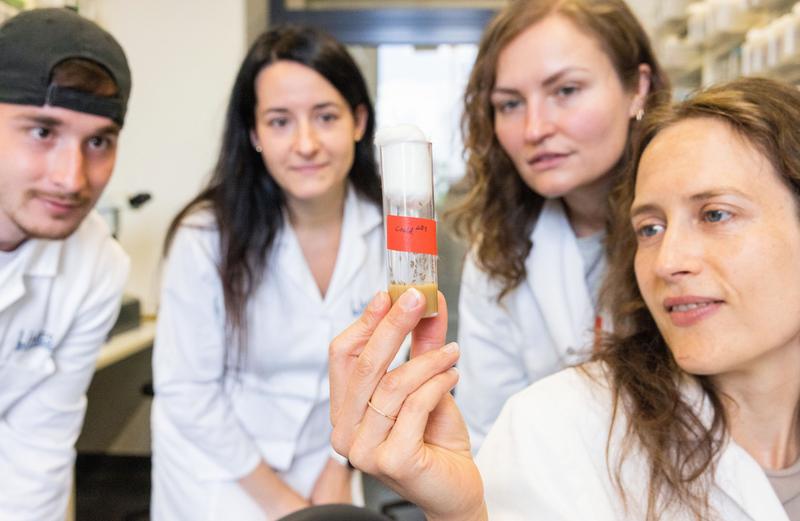