Home > Pressemitteilung: How the genome is packed into ...

Researchers from the Gerlich Group at IMBA – Institute of Molecular Biotechnology of the Austrian Academy of Sciences – discovered a molecular mechanism that confers special physical properties to chromosomes in dividing human cells to enable their faithful transport to the progeny. The team showed how a chemical modification establishes a sharp surface boundary on chromosomes, thus allowing them to resist perforation by microtubules of the spindle apparatus. The findings are published in the journal Nature.

When cells divide, they need to transport exactly one genome copy to each of the two daughter cells. Faithful genome segregation requires the packaging of extremely long chromosomal DNA molecules into discrete bodies so that they can be efficiently moved by the mitotic spindle, a filament system composed of thousands of microtubules. The new findings by the Gerlich Research Group at IMBA – Institute of Molecular Biotechnology of the Austrian Academy of Sciences – shed light on how mitotic chromosomes resist the constant pushing and pulling forces generated by the microtubules. “Amidst this complex system, the distinct physical properties are conferred to the chromosomes by changing the levels of histone acetylation, a chemical modification within the chromatin fiber,” says IMBA Group Leader Daniel Gerlich.

Prior work had shown that, in dividing cells, the chromatin fibers are folded into loops by a large protein complex called condensin. However, the role of condensin alone could not explain why chromosomes appear as dense bodies with a sharp surface rather than a loose structure resembling a bottlebrush. Some studies had suggested a role of histone acetylation in regulating the level of compaction during cell division, but the interplay of histone acetylation with condensin and its functional relevance remained unclear. “With our work, we are now able to conceptually disentangle the two mechanisms,” states Gerlich.

The team varied the levels of condensin and histone acetylation to study their precise effects. Removing condensin disrupted the elongated shape of chromosomes in dividing cells and lowered their resistance to pulling forces but did not affect their level of compaction. Combining condensin depletion with a treatment that increases the levels of histone acetylation caused massive chromatin decompaction in dividing cells, and perforation of chromosomes by microtubules.

The researchers hypothesized that chromatin is organized as a swollen gel throughout most of the cell cycle (when it is relatively highly acetylated) and that this gel compacts to an insoluble form during cell division when the acetylation levels globally decrease. They then developed an assay to probe the solubility of chromatin by fragmenting mitotic chromosomes into small pieces. The fragments of mitotic chromosomes formed droplets of liquid chromatin, but when the acetylation level was increased, the chromatin fragments dissolved in the cytoplasm. These observations support a model where a global reduction of chromatin acetylation during mitosis establishes an immiscible chromatin gel with a sharp phase boundary, providing a physical basis for resistance against microtubule perforation.

With further experiments involving pure chromatin that was reconstituted in vitro, and by probing chromatin access by various soluble macromolecules, the team found that immiscible chromatin forms a structure dense in negative charge that excludes negatively charged macromolecules and microtubules. “Our study shows how DNA looping by the condensin complex cooperates with a chromatin phase separation process to build mitotic chromosomes that resist both pulling and pushing forces exerted by the spindle. The deacetylation of histones during cell division hence confers unique physical properties to chromosomes that are required for their faithful segregation,” concludes Daniel Gerlich.

About IMBA:
IMBA - Institute of Molecular Biotechnology - is one of the leading biomedical research institutes in Europe. IMBA is located at the Vienna BioCenter, the vibrant cluster of universities, research institutes, and biotech companies in Austria. IMBA is a subsidiary of the Austrian Academy of Sciences, the leading national sponsor of non-university academic research. The stem cell and organoid research at IMBA are being funded by the Austrian Federal Ministry of Science and the City of Vienna.

https://bit.ly/Deacetylation link to an interview with the corresponding author Daniel Gerlich on the IMBA website. 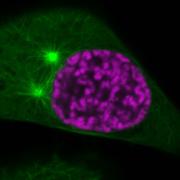 Organization of mitotic chromosomes and spindle microtubules at an early phase of cell division. 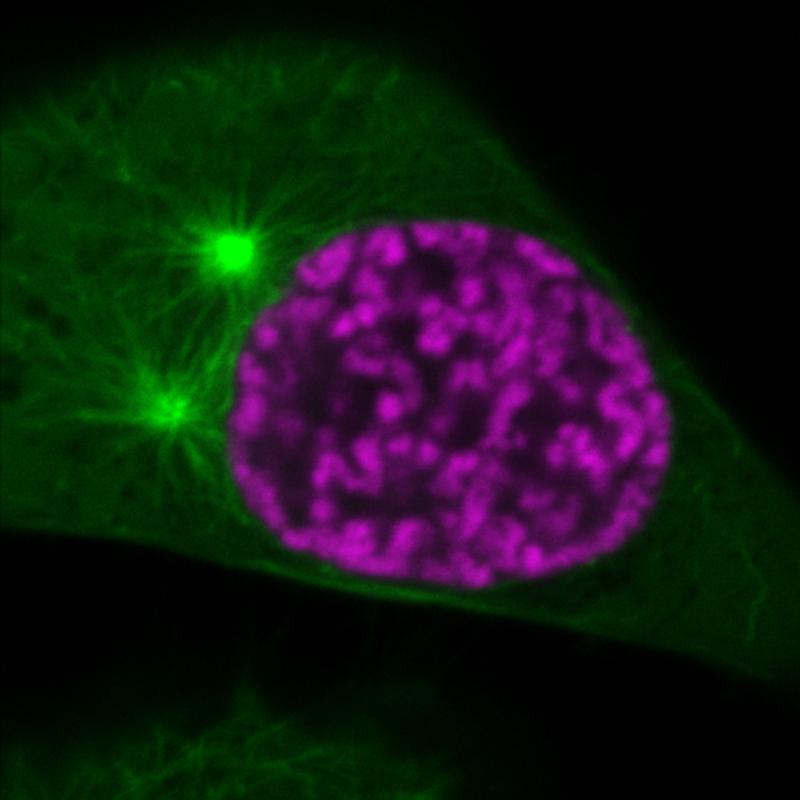