Microorganisms are involved in nearly all biological processes on earth. As an important component of a metaorganism, i.e. the community of a complex living organism with colonizing microorganisms, they are a central building block of life on our planet and of great importance to the health of humans, animals and plants. For several years, scientists at Kiel University, among others, have investigated the extent to which the microorganisms living in the animal intestine, the so-called gut microbiome, are involved in the control of diverse life processes and also in the development of disease.

The role of the host genome in this interplay, i.e. whether and how an individual’s genetic makeup influences the composition of the microbiome, has yet to be fully understood. The influence of genetic variation can be difficult to differentiate from other factors such as changes in the environment of a metaorganism. Researchers from the Section for Evolutionary Medicine at Kiel University and the Max Planck Institute for Evolutionary Biology (MPI-EB) in Plön led by Professor John Baines, together with collaborating researcher Dr Leslie Turner from the University of Bath, UK, have now investigated this relationship in a genome-wide association study (GWAS) as part of the Collaborative Research Centre (CRC) 1182 "Origin and Function of Metaorganisms". Using hybrids of two subspecies of the house mouse, they find 428 genomic regions in the mouse genome that are significantly associated with the abundance of 120 different bacterial taxa in the intestine. Furthermore, they show that numerous bacterial taxa are heritable, and that these heritable taxa are more likely to cospeciate, i.e. when two species (e.g. mouse and a specific bacterial species) diversify together, resulting in congruent phylogenies. The new results were recently published by the international research team in the journal eLife.

A map of microbiome-associated genes

The new work of the CRC 1182 researchers is based on two subspecies of the house mouse living in the wild, originating from a Central European hybrid zone: Mus musculus musculus and Mus musculus domesticus live here in a common habitat and can partially interbreed, so that their example can be used to observe the effects of genetic differentiation on the composition of the microbiome. The research team studied inbred lines descended from these wild animals, which still possessed largely natural microbiome diversity, and analysed the intestinal mucosa in a GWAS study.

"The advantage of our work with these hybrid mice is that they have greater genetic diversity, due to many generations of natural interbreeding compared to generally used laboratory animals. We chose to focus on bacteria attached to the intestinal cell wall, as these are more likely to reflect the outcome of interactions with the host. Thus, the influence of genes on gut microbial colonization is best studied there," said Dr Shauni Doms, CRC 1182 member and postdoctoral researcher in Baines' group. "Our genetic mapping revealed more than 400 gene regions associated with changes in abundance in about 120 different bacterial taxa within the microbiome. We were able to narrow down this large number to about 80 high-confidence candidate genes, many of which are known to be involved in recognition and communication with bacteria," Doms added.

Coevolution of host organisms and microorganisms

The fact that the mice are incipient species also opened up the possibility of investigating the role of the host genome on changes in the microbiome at the interface of differences within and between species. "To do this, we calculated the heritability estimates of each bacterial taxon and were able to show that several bacterial taxa were significantly heritable. Next, we tested if these heritability estimates are correlated with their respective cospeciation rate and found that cospeciating bacterial taxa show a greater dependence on host genes," said Turner, lecturer at Bath University.

Thus, a significant proportion of microbial species appear to be heritable to successive generations, which may provide a basis for genetic and microbial diversification in the early stages of speciation. "This potentially suggests that this inheritance reflects a greater history of host adaptation to cospeciating bacteria. Overall, our study is the first to establish a relationship between heritability and the degree of diversification of bacteria with their hosts during the speciation process," emphasizes Turner.

New approaches to investigate microbiome-associated causes of disease
In addition, to test for possible links to disease development, the research team then searched the animals' genomes for genes already known to be associated with human diseases, such as mental disorders and inflammatory bowel disease (IBD). "In those areas of the host genome that are associated with microbial colonization of the gut, we indeed found an accumulation of such genes," Baines points out.

This opens up new research approaches that Baines and his team hope to pursue, among other things, in a planned third phase of CRC 1182 funding from the German Research Foundation (DFG). "Understanding the forces that determine variation in bacterial communities within host species is key to better understanding the evolution and function, but also the disruption of metaorganisms. Our study of the genetic architecture of host-microbe interactions provides important new perspectives on this complex interplay," summarizes CRC 1182 project leader Baines.

https://www.uni-kiel.de/de/pressemitteilungen/2022/119-doms-elife-mouse.jpg
Caption: Using the house mouse as an example, the researchers investigated how an individual’s genetic makeup influences the composition of the microbiome
© Dr Leslie Turner

https://www.uni-kiel.de/de/pressemitteilungen/2018/358-csem-baines.jpg
Caption: Led by Professor John Baines, the researchers found 428 genomic regions in the mouse genome that are significantly associated with the abundance of 120 different bacterial taxa in the intestine.
© Christian Urban, Kiel University

Using the house mouse as an example, the researchers investigated how an individual’s genetic makeup influences the composition of the microbiome. 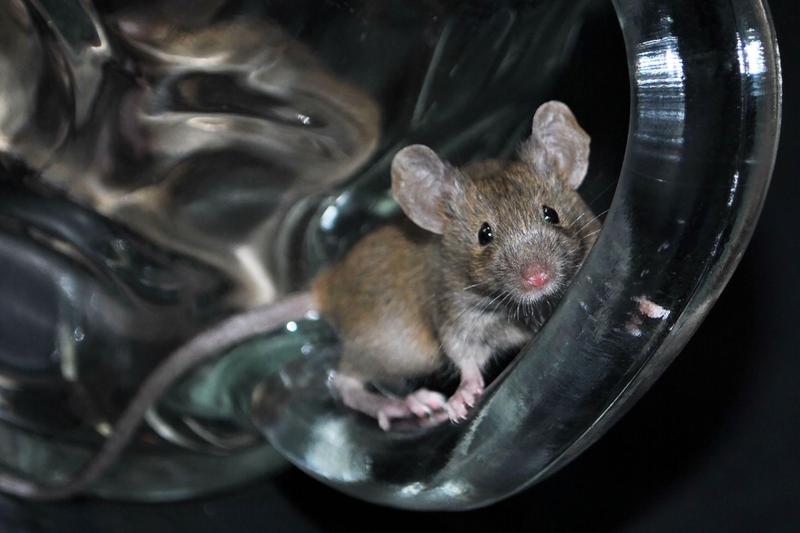