Understanding the importance of the Amazon estuary for the western Atlantic bio-productivity and the global climate holistically – this is the goal of Andrea Koschinsky, Professor of Geosciences at Jacobs University Bremen. In order to achieve this, she sampled the river and its estuary with a team of around 30 researchers. Their findings provide crucial geochemical baseline data, which could help in future efforts to mitigate anthropogenic impacts such as climate change.

Koschinsky has been researching environmental topics for years. One focus is the mechanism in which trace elements such as iron or copper and organic substances enter the Atlantic through the Amazon River. She carries out her observations by using samples from the river and estuary, and predicts how anthropogenic influences, such as deforestation or gold mining, negatively affect geochemical substances and the ecosystem.

An important factor for the bio-productivity of the Amazon region and the estuary is the transition between rainy and dry season. The water level of the stream varies up to 15 meters during this period. The widespread flooding contributes to the dispersal of seeds, for example, and the flooded areas also serve as huge carbon reservoirs. Dams built by the Brazilian government to generate so-called "green energy" are therefore less sustainable than they sound. Without regular flooding during the rainy season, there is a risk that the soil will dry out, forests will die and large amounts of organic carbon will be released.

During the rainy season of 2018, Koschinsky set off with the research vessel METEOR on her first research cruise to the Amazon estuary. Together with scientists from GEOMAR Helmholtz-Zentrum Kiel, the University of Oldenburg, and four Brazilian institutes, she brought back a high-resolution sample set from the world's largest estuarine system for the first time. The large data sets for metals, organic substances and certain isotopes show that the system still seems to be largely intact.

Adrienne Hollister, a doctoral student in Koschinsky's research group at Jacobs University, set her focus on the element copper. A comparison with samples from the 1970s showed that the content of copper in the river water, as well as its behavior when river and sea water mix in the estuary, is almost congruent. Mercury levels in the estuary are also still relatively low. "It's of course encouraging news that the vast water masses and extents of the Amazon estuary can apparently still buffer human impacts," Koschinsky said, "yet, we need to do everything we can to stabilize the system to slow negative environmental and climate impacts."

A consecutive dry-season research cruise has been postponed due to the pandemic. Although the new date is not expected until 2024, 16 of the researchers around Koschinsky recently met for a workshop on campus at Jacobs University. Another 11 of her colleagues participated online. They discussed their completed research as well as possible joint publications. Even smaller campaigns with Brazilian partners, as well as the submission of a conference session proposal on the behavior of trace metals and nutrients in large rivers and estuaries for the international Aquatic Sciences Meeting 2023, were addressed.

With regards to the upcoming cruise, they dove into new strategies and sampling methods, and also: who is even allowed to participate? Many new partner organizations are eager to join, which also expands the portfolio of parameters to be studied. However, the space on the research vessel METEOR is limited to 30 people, so prioritizing in advance is crucial.

Understanding the cycling of materials in the Amazon ecosystem is essential in light of increasing pressures on the environment and advancing climate change. "The diversity of perspectives, methods and manpower for analyzing the data makes it possible to establish a holistic picture of the complex ecosystem. This makes changes more easily visible and could influence certain policy decisions in the future," said Koschinsky.

About the project:
The joint project is a process study of the international GEOTRACES program. It aims to record the distribution of trace elements and isotopes in the ocean and to trace the processes that control this distribution. Among other things, the collected data will contribute to a better understanding of the effects of climate change on the oceans.

About Jacobs University Bremen:
Studying in an international community. Obtaining a qualification to work on responsible tasks in a digitized and globalized society. Learning, researching and teaching across academic disciplines and countries. Strengthening people and markets with innovative solutions and advanced training programs. This is what Jacobs University Bremen stands for. Established as a private, English-medium campus university in Germany in 2001, it is continuously achieving top results in national and international university rankings. Its more than 1,600 students come from more than 110 countries with around 80% having relocated to Germany for their studies. Jacobs University’s research projects are funded by the German Research Foundation or the EU Research and Innovation program as well as by globally leading companies.
For more information: www.jacobs-university.de
Facebook | Youtube | Twitter | Instagram | LinkedIn

<
Research for Future: Professor Andrea Koschinsky and her colleagues plan their next research cruise ...

<
Research for Future: Professor Andrea Koschinsky and her colleagues plan their next research cruise ...

Research for Future: Professor Andrea Koschinsky and her colleagues plan their next research cruise to the Amazon estuary – a meaningful region for the global climate. 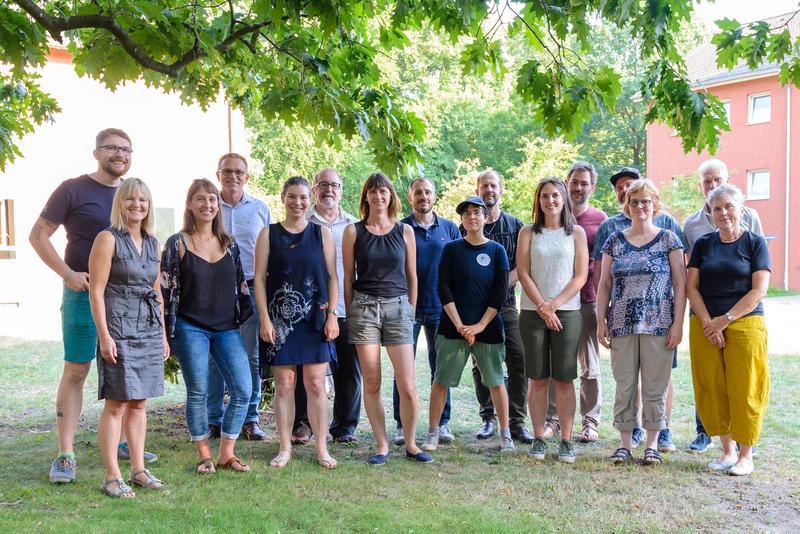