Home > Pressemitteilung: Linguist at the University of ...

Dr. Annamária Fábián-Trost, a linguist at the University of Bayreuth, is one of seven outstanding researchers who will receive funding from the Bavarian State Ministry of Science and the Arts and the Bavarian Academy of Sciences under the "Digital Transformation" programme starting in October 2022. Her project focuses on digital tools and communicative strategies that are used in social media to discriminate against people with disabilities or, on the contrary, can sustainably strengthen the inclusion of people with disabilities.

"Digital communicative strategies in social media for the inclusion of people with disabilities" is the topic of the research project that Dr. Annamária Fábián-Trost will work on at the University of Bayreuth in cooperation with Prof. Dr. Karin Birkner, holder of the Chair of German Linguistics. "Digitalisation offers people with disabilities new opportunities for open, non-discriminatory communication about their own experiences and life plans. Social media are digital spaces in which people with disabilities can help shape discourses about inclusion and exclusion, permanently change stereotypes, and gain public visibility. I want to support and drive these processes in Bayreuth over the next few years," says Fábián-Trost.

The goal of the new project is not only linguistic and communication science analyses. It is also about developing language-related recommendations aimed, for example, at the media, companies, cultural institutions and political leaders. They can help the respective target groups to shape their communication in a way that strengthens the inclusion of people with disabilities and enhances their empowerment. "I am very pleased that, thanks to funding from the Bavarian State Ministry of Science and the Arts and the Bavarian Academy of Sciences and Humanities, I now have the opportunity to contribute to the inclusion of people with disabilities and their families in the media, on the labor market and in society," says the Bayreuth-based linguist.

A central aspect of the research will be the mechanisms used in social media for hate speech or cyberbullying that are intentionally directed against people with disabilities. Despite their far-reaching impact on social processes, they have not received attention in linguistic research to date. "Anti-discrimination agencies in Germany have stated that verbal attacks against minorities have increased by about ten percent since the start of the Covid 19 pandemic. This has also affected people with disabilities. It is close to my heart to point out such forms of communicative discrimination and to fight against them with linguistic research," says Fábián-Trost. She also sees her project as a contribution to intersectionality studies. This interdisciplinary field of research examines categorically different characteristics that overlap and thus become the object of discrimination at the same time – such as ethnic origin, religious belief, gender, social status, physical or cognitive disability.

"The research project awarded by the Bavarian State Ministry of Science and the Arts is very exciting from a methodological point of view. With reference to a pressing social challenge, it brings together various linguistic research fields: Semantics, Pragmatics, Discourse Analysis, Internet Linguistics, Language Criticism and Interactional Linguistics, which is a comparatively young research field. This research approach, which is integrative in several respects, is excellently suited for tracking down the communicative negotiation processes that are involved in inclusion or, conversely, in discrimination against minorities today," says Bayreuth linguist Prof. Dr. Karin Birkner, who is a member of the board of the Society for Applied Linguistics (GAL) and was recently re-elected as deputy women's representative at the University of Bayreuth.

Annamária Fábián-Trost graduated from the University of Passau with a Bachelor's degree in "European Studies" and a Master's degree in "Media and Communication". After doctoral studies in German Linguistics at the universities of Regensburg, Bamberg and Klagenfurt, she completed her doctorate at the Alpen-Adria-Universität Klagenfurt with the highest grade of "very good with distinction". Her dissertation on "Modal verbs in political argumentation – A grammatical, semantic, discourse-analytical, conversation-analytical and cognitive-linguistic study of modal verb use in the Federal Press Conference" is a case study on the linguistic analysis of persuasive political communication. 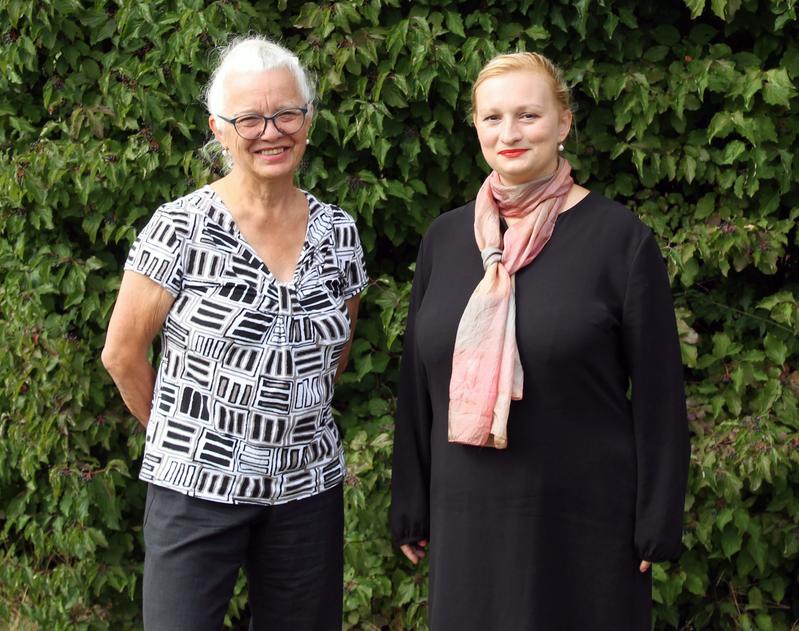