Home > Pressemitteilung: Microbial enzymes are the key to ...

Microbial enzymes are the key to pectin digestion in leaf beetles

A research team at the Max Planck Institute for Chemical Ecology in Jena, Germany, shows in a new study how leaf beetles could successfully use new and previously indigestible food sources in the course of evolution. The insects acquired enzymes from microorganisms via horizontal gene transfer that enabled them to degrade pectins, solid components of the plant cell wall. Since the degradation products resulting from pectin digestion are not per se crucial for the growth and development of the beetles, the researchers conclude that the beetles disrupt the cell wall to access the protein-rich cytoplasm of plant cells, which they need for their nutrition.

Fossil findings of insect feeding damage on plants are evidence that insects have been using plants as a food source for more than 400 million years. Researchers led by Roy Kirsch and Yannick Pauchet from the Department of Insect Symbiosis are investigating how herbivorous insects are able to break down the hard-to-digest components of their plant food in the first place. In earlier work, they had already shown that pectin-degrading enzymes are widespread in herbivorous beetle species. They were also able to demonstrate that these beetle enzymes were invariably of microbial origin. The question of the current study was therefore how important these enzymes are for the nutrition and fitness of the insect, in this case the mustard leaf beetle Phaedon cochleariae.

“Our goal was to better understand how herbivorous insects deal with the plant cell wall, which makes the bulk of their diet. Pectin is the matrix embedding cellulose and hemicellulose fibers within the plant cell wall, and it is the main constituent of the cell-connecting middle lamellae. Consequently, pectin must be digested first so that cellulase and hemicellulase enzymes can access their substrates and the plant cells are finally freed from their protective cell wall. In this context, the action of pectinases, i.e. pectin-degrading enzymes, are key to efficient digestion of a leaf beetle’s diet,” says first author Roy Kirsch.

To study the role of the pectinases, the researchers generated beetle lines in which these enzymes were not present. This initially turned out to be more difficult than expected.” "Not even a drastic reduction of pectinase activity through knockdown RNAi experiments in leaf beetle larvae was sufficient to effectively inhibit pectin digestion. We were only able to completely knock-out pectinase-encoding genes in the leaf beetles by applying CRISPR/Cas9 genome editing," says study leader Yannick Pauchet, underlining the importance of the "genetic scissors," a technology for which Emmanuelle Charpentier and Jennifer Doudna were awarded the 2020 Nobel Prize in Chemistry.

“Pectinase-null mutant" larvae generated in this way turned out to have low survival capacity. A further question now was whether the degradation products of pectin digestion would improve the survival rate of these beetles when applied orally to the beetle larvae. However, as feeding experiments showed, this was not the case. "On the one hand, this result was a bit of a surprise for us. But on the other hand, it was an important indicator that leaf beetles do not digest pectin to use its breakdown products for their own metabolism, but rather disrupt pectin, and likely other plant cell wall polysaccharides, to access the protein-rich cytoplasm of plant cells," Roy Kirsch summarizes the results.

Research in recent years, including from Yannick Pauchet's project group, has shown that the acquisition of microbial enzymes via horizontal gene transfer contributed to the abundance of leaf beetle species, but also of representatives of other insect families, such as weevils, bark beetles and stick insects. The appropriation of enzymes from other microbial organisms is like an evolutionary shortcut; in any case, it created the conditions for insects to open up pectin-rich plants as a food source in the first place. "There is perhaps some irony in the fact that pectinases probably first evolved in plants to dynamically adapt the pectin structure to the changing needs of the plant. These enzymes were then acquired by plant pathogenic microbes, which in turn donated them to herbivorous insects. Plant adaptation strategies apparently always involve risks and side effects,” says Roy Kirsch.

However, there are also leaf beetle species that harbor symbiotic bacteria that produce pectinases for their hosts. So-called "knockin" experiments, in which a pectinase gene is introduced into the beetle genome using CRISPR-Cas9, are now planned to show how this new beetle trait affects not only interactions between plants and insects, but also interactions between insects and their bacterial partners. Future studies will also focus on other enzymes that do not degrade pectin but other plant cell wall components. The work of Roy Kirsch, Yannick Pauchet and their team shows that for an insect to survive on a host plant, it is not only the adaptation to plant defenses, such as toxins and feeding inhibitors and other secondary metabolites, which is crucial. The scientists rather focus on the primary metabolism, which has been neglected in research on plant-insect interactions so far. "The ability of an insect to digest these primary metabolites is equally important for the evolutionary success of herbivorous insects," says Yannick Pauchet. 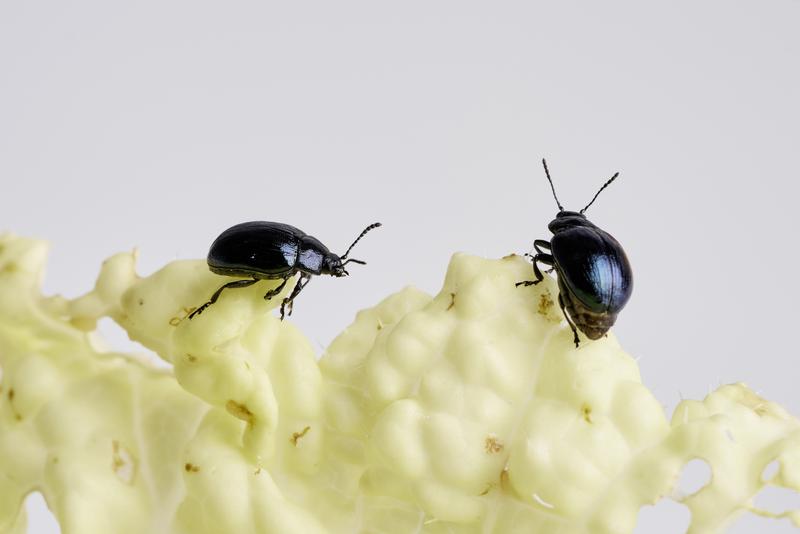 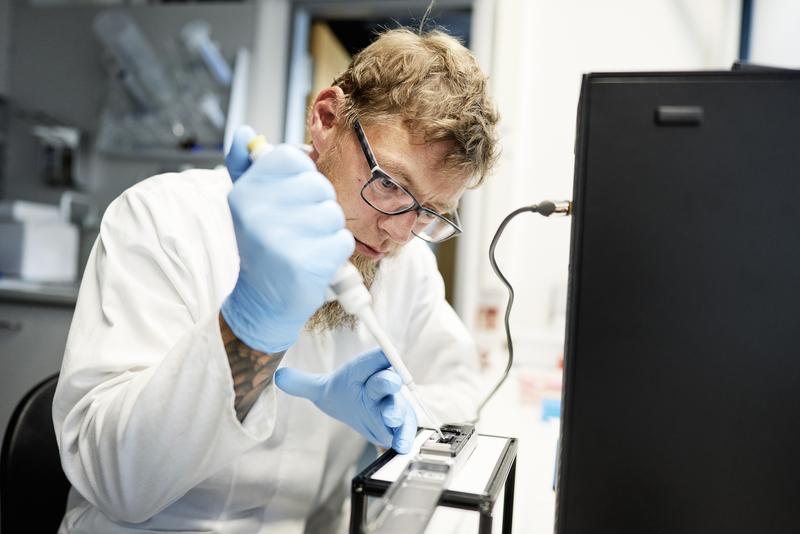