Researchers from Dresden and Vienna reveal link between connectivity of three-dimensional structures in tissues and the emergence of their architecture to help scientists engineer self-organising tissues that mimic human organs.

Organs in the human body have complex networks of fluid-filled tubes and loops. They come in different shapes and their three-dimensional structures are differently connected to each other, depending on the organ. During the development of an embryo, organs develop their shape and tissue architecture out of a simple group of cells. Due to a lack of concepts and tools, it is challenging to understand how shape and the complex tissue network arise during organ development. Metrics for organ development have now been defined for the first time by scientists from the Max Planck Institute of Molecular Cell Biology and Genetics (MPI-CBG) and the MPI for the Physics of Complex Systems (MPI-PKS), both in Dresden, as well as the Research Institute of Molecular Pathology (IMP) in Vienna. In their study, the international team of researchers provide the necessary tools to transform the field of organoids – miniature organs – into an engineering discipline to develop model systems for human development.

The collective interaction of cells leads to the shaping of an organism during development. The different organs feature various geometries and differently connected three-dimensional structures that determine the function of fluid-filled tubes and loops in organs. An example is the branched network architecture of the kidney, which supports the efficient filtration of blood. Observing embryonic development in a living system is hard, which is why there are so few concepts that describe how the networks of fluid-filled tubes and loops develop. While past studies have shown how cell mechanics induce local shape changes during the development of an organism, it is not clear how the connectivity of tissues emerges. By combining imaging and theory, the researcher Keisuke Ishihara started to work on this question first in the group of Jan Brugues at the MPI-CBG and MPI-PKS. He later continued his work in the group of Elly Tanaka at the IMP. Together with his colleague Arghyadip Mukherjee, formerly a researcher in the group of Frank Jülicher at MPI-PKS, and Jan Brugués, Keisuke used organoids derived from mouse embryonic stem cells that form a complex network of epithelia, which line organs and function as a barrier. “I still remember the exciting moment when I found that some organoids had transformed into tissues with multiple buds that looked like a bunch of grapes. Describing the change in the three-dimensional architecture during development proved to be challenging, though,” remembers Keisuke and adds, “I found that this organoid system generates astonishing internal structures with many loops or passages, resembling a toy ball with holes.”

Studying the development of tissues in organoids has several advantages: they can be observed with advanced microscopy methods, making it possible to see dynamic changes deep inside the tissue. They can be generated in large numbers and the environment can be controlled to influence development. The researchers were able to study the shape, number, and connectivity of the epithelium. They tracked the changes in the internal structure of organoids over time. Keisuke continues, “We discovered that tissue connectivity emerges from two different processes: either two separate epithelia fuse or a single epithelium self-fuses by fusing its two ends, and thereby creating a doughnut shaped loop.” The researchers suggest, based on theory of epithelial surfaces, that the inflexibility of epithelia is a key parameter that controls epithelial fusion and in turn the development of tissue connectivity.

The supervisors of the study, Jan Brugues, Frank Jülicher, and Elly Tanaka conclude, “We hope that our findings will lead to a fresh view of complex tissue architectures and the interplay between shape and network connectivity in organ development. Our experimental and analysis framework will help the organoid community to characterise and engineer self-organising tissues that mimic human organs. By revealing how cellular factors influence organ development, these results may also be useful for developmental cell biologists who are interested in organisational principles.”

About the MPI-CBG
The Max Planck Institute of Molecular Cell Biology and Genetics (MPI-CBG), located in Dresden, is one of more than 80 institutes of the Max Planck Society, an independent, non-profit organization in Germany. 550 curiosity-driven scientists from over 50 countries ask: How do cells form tissues? The basic research programs of the MPI-CBG span multiple scales of magnitude, from molecular assemblies to organelles, cells, tissues, organs, and organisms. The MPI-CBG invests extensively in Services and Facilities to allow research scientists shared access to sophisticated and expensive technologies.
www.mpi-cbg.de

About the IMP at the Vienna BioCenter
The Research Institute of Molecular Pathology (IMP) in Vienna is a basic life science research institute largely sponsored by Boehringer Ingelheim. With over 200 scientists from 40 countries, the IMP is committed to scientific discovery of fundamental molecular and cellular mechanisms underlying complex biological phenomena. The IMP is part of the Vienna BioCenter, one of Europe’s most dynamic life science hubs with 2,650 people from over 80 countries in six research institutions, three universities, and 40 biotech companies. www.imp.ac.at, www.viennabiocenter.org

About the MPI-PKS
The goal of the Max Planck Institute for the Physics of Complex Systems (MPI-PKS) is to contribute to the research in the field of complex systems in a globally visible way and to promote it as a subject. Furthermore, the MPI-PKS invests into passing on the innovation generated in the field of complex systems as quickly and efficiently as possible to the young generation of scientists at universities. This requires a high degree of creativity, flexibility and communication with universities. The concept rests on two pillars: in-house research and a program for visiting scientists. The latter not only covers individual scholarships for guest scientists at the institute, but also 20 international workshops and seminars per year.

The research lab of Jan Brugués and Frank Jülicher is also affiliated with the Center for Systems Biology Dresden (CSBD) and the Cluster of Excellence “Physics of Life” (PoL) at the TU Dresden. The CSBD is a cooperation between the MPI-CBG, the MPI-PKS and the TU Dresden. In the interdisciplinary center, physicists, computer scientists, mathematicians, and biologists work together to understand how cells coordinate their behaviour to form tissues and organs of a given form or function. PoL is focusing on fundamental organizational principles of living matter through a close interaction of experiment and theory combined with computational modeling, simulation and interactive microscopy. 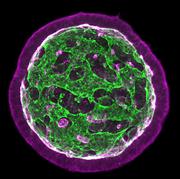 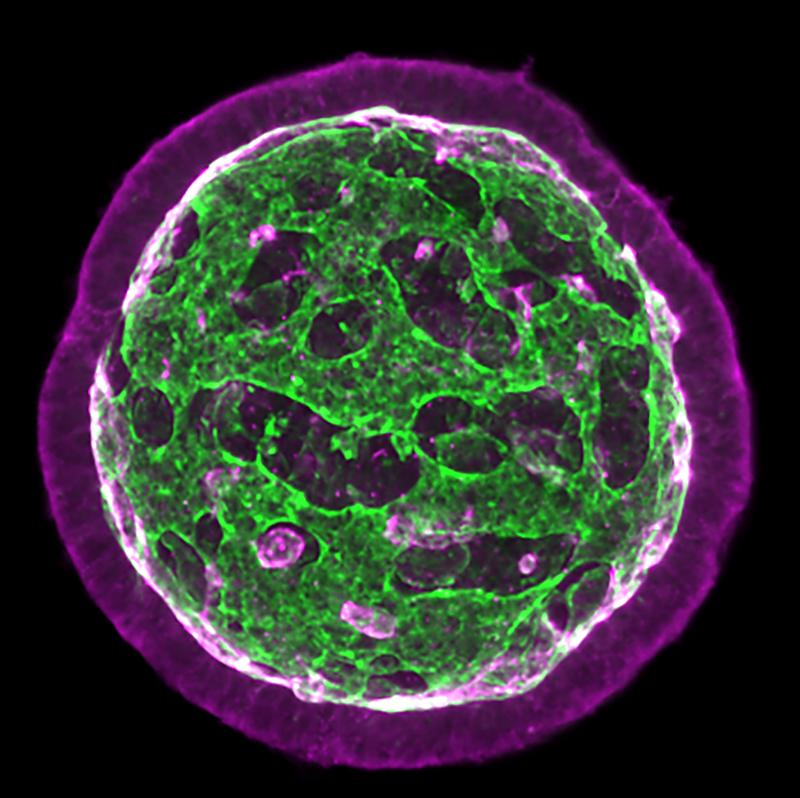