New insights into the genetic basis of leukemia

Acute myeloid leukemia (AML) is a malignant disease of the haematopoietic system that originates from immature precursors of red blood cells, platelets and part of the white blood cells. While in healthy people the multiplication and renewal of blood cells is strictly regulated this process gets out of control in AML: an early precursor of the so-called myeloid cells degenerates and multiplies uncontrollably. They spread rapidly in the bone marrow, prevent the formation of healthy blood components and ultimately impair vital functions of the blood system. The causes of the disease have not yet been fully researched and may be related to various genetic changes, some of which are acquired over the life span. Although AML is the most common form of acute leukemia in adults, accounting for about 80 per cent of cases, it is a rare disease, with about three new cases per 100,000 people per year. With increasing age, the prognosis for patients worsens and the risk of relapses and treatment resistance rises.

A research team from the Medical Faculty of Kiel University and the Clinic for Internal Medicine II, Haematology and Oncology, of the University Medical Center Schleswig-Holstein (UKSH), Kiel Campus, has now investigated a gene mutation, also known from brain tumour research, for possible involvement in the progression and worsening of the prognosis with increasing age. This so-called IDH1 mutation occurs significantly more frequently after the age of 65, as shown by extensive genome data from patients with AML. In principle, the mutation is associated with the formation of a certain metabolic protein that interferes with cell differentiation and thus maturation of the blood cells. However, the researchers have now been able to describe a previously unknown mechanism for this form of leukemia, which causes a disruption of the 3-dimensional architecture of the DNA and thus leads to the activation of a certain cancer-promoting gene. The scientists led by Professor Claudia Baldus from the Kiel Oncology Network (KON) and the University Cancer Center Schleswig-Holstein (UCCSH), together with partner institutions, recently published their results in the scientific journal Leukemia.

In cancer, many different factors often interact with each other and contribute to the disease development. Scientists are therefore looking for genetic patterns that can explain the activation of certain cancer-relevant genes. It is already known from previous research that the so-called IDH1 mutation is associated with a genome-wide increase in DNA methylation. Methylation is the chemical change in DNA that in healthy people specifically switches certain genes on or off and thus regulates the amount of protein formed from them. If DNA methylation is increased, this is called hypermethylation. If this affects genes that are responsible for the differentiation into mature blood cells, they cannot be activated correctly and the affected cells continue to divide instead of differentiating. The result is a faster progression of the disease. In addition, new results from brain tumour research now provide evidence that hypermethylation can also cause an altered spatial structure of the DNA in the cell nucleus and that this can lead to an activation of cancer-relevant genes in patients with brain tumours with IDH1 mutation.

In the new research work, which was supported by the José Carreras Leukemia Foundation, the Kiel scientists investigated whether these 3D changes in DNA also play a role in the development of leukemia. "We found that hypermethylation not only affects known differentiation genes, but can also occur at binding sites for so-called CTCF binding proteins. Normally, these binding sites dictate the way in which DNA arranges itself spatially, with neighboring binding proteins cutting off DNA loops, which then isolate certain genes from other genetic information," says Dr. Sophie Steinhäuser, research associate in the Functional Genomics of Acute Leukemias group. "However, due to the faulty methylation at such binding sites, the loops cannot be formed properly and previously isolated genes can now get into contact with activating elements outside and become activated," Steinhäuser continues. In patients with AML harbouring the IDH1 mutation, this causes an upregulation of a gene, PDGFRA, which belongs to the tyrosine kinase family. These enzymes are part of the cellular receptor system and transmit signals of cell growth, which is also of relevance in the context of cancer. In the context of AML, the upregulation of PDGFRA is indeed associated with a worse prognosis for patients with IDH1 mutation.

In order to establish a connection between the activation of the PDGRFA gene and the disruption of the DNA architecture, the researchers worked with a so-called cell model. They used genome editing to generate blood cancer cells with an IDH1 mutation and observed that the cancer-relevant gene was also present in greater numbers in these artificial cells. "We then examined the methylation of the DNA in our cell model and were able to prove that one of the binding sites enclosing the PDGFRA gene was indeed methylated in the mutated cells, so the isolation of the gene was disrupted," Steinhäuser emphasises. The researchers see this as confirmation that this mechanism plays a role in the cancer-promoting potential of the IDH1 mutation that was previously unknown.

By identifying this novel process, the researchers have found an approach that could potentially be used to improve treatment options. In principle, tyrosine kinases can be inhibited to suppress uncontrolled cell growth and this option is already used in other cancers. "In various experiments, we have tested an already approved drug for tyrosine kinase inhibition on leukemia cells with IDH1 mutation," explains Baldus, head of the Functional Genomics of Acute Leukemias working group at the Medical Faculty. "Both in the artificial cell model and in in-vivo studies with experimental animals, we observed that the drug caused a reduction of leukemia cells in blood, bone marrow and spleen. This is a potentially promising approach that could be considered in the future for a more specific treatment of AML associated with the IDH1 mutation," says Baldus, Director of the Clinic for Internal Medicine II and Board Member of the University Cancer Center Schleswig-Holstein (UCCSH). In future research, the scientists want to investigate these approaches further in order to develop more targeted treatment options for this group of AML patients that is particularly at risk with increasing age.

https://www.uni-kiel.de/de/pressemitteilungen/2023/014-steinhaeuser-leukemia-aut...
Caption: Together with colleagues, Dr Sophie Steinhäuser was able to describe a previously unknown mechanism for AML with IDH1 mutation, which causes a faulty spatial arrangement of the DNA structure and thus leading to the activation of a specific cancer-promoting gene.
© Kathrin Richter, UKSH

Together with colleagues, Dr Sophie Steinhäuser was able to describe an unknown mechanism for AML with IDH1 mutation, which causes a faulty spatial arrangement of the DNA structure and thus leading to the activation of a specific cancer-promoting gene. 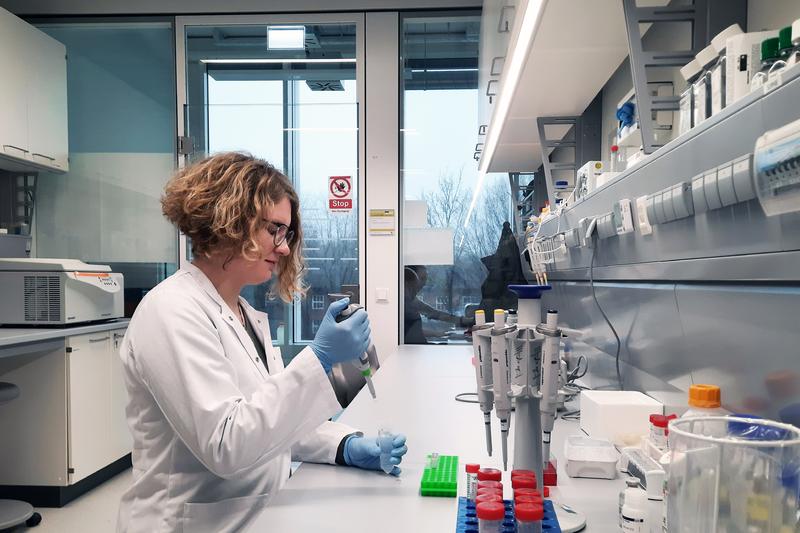 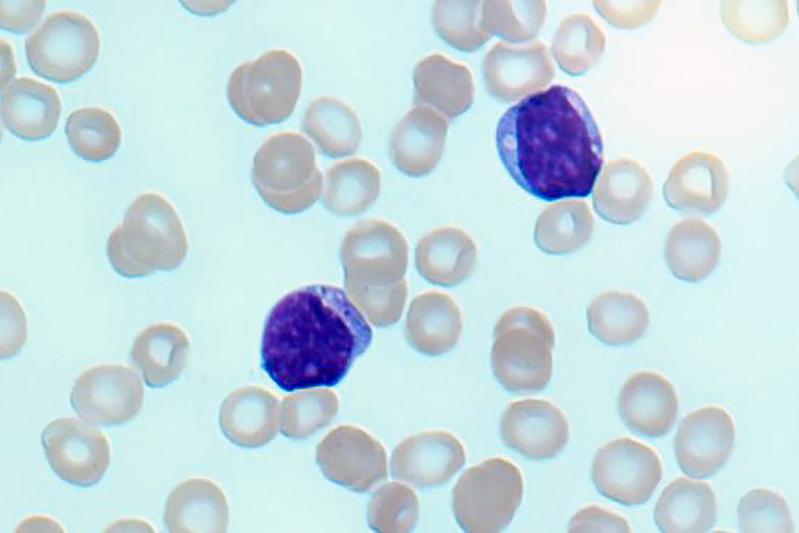