Home > Pressemitteilung: Heat-lovers are the lucky ones: ...

Heat-lovers are the lucky ones: Insects and climate change

Sparse data often make it difficult to track how climate change is affecting populations of insect species. A new study by the Technical University of Munich (TUM) and the German Centre for Integrative Biodiversity Research (iDiv) has now evaluated an extensive species mapping database (Artenschutzkartierung, ASK) organized by the Bavarian State Office for the Environment (LfU) and assessed the population trends of butterflies, dragonflies and grasshoppers in Bavaria since 1980. The main finding: heat-loving species have been increasing.

Climate change has long since been happening in central Europe, and it is no secret that it affects the populations and distribution of animals and plants. Especially insect trends are a growing cause for concern, as multiple studies have shown their declines. How populations of our insect species are changing over past decades is a question explored by the BioChange Lab at TUM. “It is not only the climate that is changing, but also the type and intensity of land use. This includes agriculture, forestry, urban areas, and transport infrastructure” says Dr. Christian Hof, head of the BioChange research group at TUM.

While changes in flora and fauna may be well-documented in certain areas or for specific species, data for insects and most importantly over prolonged time periods is very sparse. This makes it difficult to draw general conclusions about the changes in populations of insect species and the factors driving biodiversity change. Yet it is precisely findings on species population changes over time, together with factors such as land use and the climate, that informs conservation plans for protecting species, biotopes and the climate.

A rich seam of data

Thanks to the tireless efforts of volunteer and professional nature observers, we have data sets on the occurrence of various different species in Germany. One especially useful resource is the species mapping database (ASK) of the Bavarian State Office for the Environment. The ASK is the state-wide register of animal and plant species in Bavaria and currently has around 3.1 million records of species. It forms a central data resource for the everyday work of the nature conservation authorities and for compilation by the LfU of Red Lists of threatened species.

Using complex statistical methods, researchers at the TUM Chair of Terrestrial Ecology evaluated the valuable ASK data and analyzed the population trends of more than 200 species of insects in Bavaria – around 120 butterflies, 50 Orthoptera, and 60 dragonflies. In collaboration with many other experts, they showed in that across all these insect groups, there was an increase in the populations of warmth-loving species and a decline of species adapted to cooler temperatures.

Warm-adapted species include the baton blue (butterfly), the European tree cricket, and the scarlet dragonfly. “The scarlet dragonfly is one of the best-known beneficiaries of global warming. The dragonfly, most commonly occurring in the Mediterranean region, first appeared in Bavaria in the early 1990s and is now widespread,” Hof tells us.

Among the cold-adapted species are Thor’s fritillary, the green mountain grasshopper, and the white-faced darter.

Populations of butterflies, Orthoptera and dragonflies affected by climate change

“Our comparisons of the various groups of insects revealed significant differences,” Engelhardt says. “Whilst there was more decline than increase in butterfly and Orthoptera species, the trends for dragonflies were largely positive.” One possible reason for this is improvements in water quality over recent decades, a change that particularly benefits dragonflies, which depend on aquatic habitats. Habitat specialists, in other words species adapted to very specific ecosystems, experienced a decline. Butterflies such as the large heath or the cranberry blue are example specialists since they are dependent on very specific habitats.

“Our study highlights the complex effect of climate change on our insect fauna. Our work is also an example of how modern approaches to data analysis can be used to obtain fascinating results from existing data sets. Volunteer and agency conservation work often does generate the data, but they are rarely evaluated systematically. This should happen much more often through collaborations like ours,” says Dr. Diana Bowler of the German Centre for Integrative Biodiversity Research (iDiv).

Johannes Voith, an entomologist within the Bayerisches Artenschutzzentrum (Bavarian species conservation center) at LfU, adds that “as part of collaboration with TUM in particular, we are benefiting from the knowledge gained. Next, we plan to create dynamic distribution maps for individual species.”

The study is part of the work of the “mintbio” junior research group at the TUM BioChange Lab, which is funded by the Bavarian Climate Research Network bayklif. Doctoral student Eva Katharina Engelhardt and Dr. Christian Hof worked closely with Diana Bowler from the German Centre for Integrative Biodiversity Research (iDiv) Halle-Jena-Leipzig, Friedrich Schiller University Jena, the Helmholtz Centre for Environmental Research (UFZ), the Bavarian State Office for the Environment, and various other researchers and experts on the insect groups studied.

<
he scarlet dragonfly (Crocothemis erythraea) is one of the best-known beneficiaries of global warmin ...
E. K. Engelhardt / TUM
Free for use in reporting on TUM, with the copyright noted.

<
The white-faced darter (Leucorrhinia dubia) is a dragonfly species typical of raised bogs.
C. Hof / TUM
Free for use in reporting on TUM, with the copyright noted.

<
he scarlet dragonfly (Crocothemis erythraea) is one of the best-known beneficiaries of global warmin ...
E. K. Engelhardt / TUM
Free for use in reporting on TUM, with the copyright noted.

<
The white-faced darter (Leucorrhinia dubia) is a dragonfly species typical of raised bogs.
C. Hof / TUM
Free for use in reporting on TUM, with the copyright noted.

he scarlet dragonfly (Crocothemis erythraea) is one of the best-known beneficiaries of global warming. 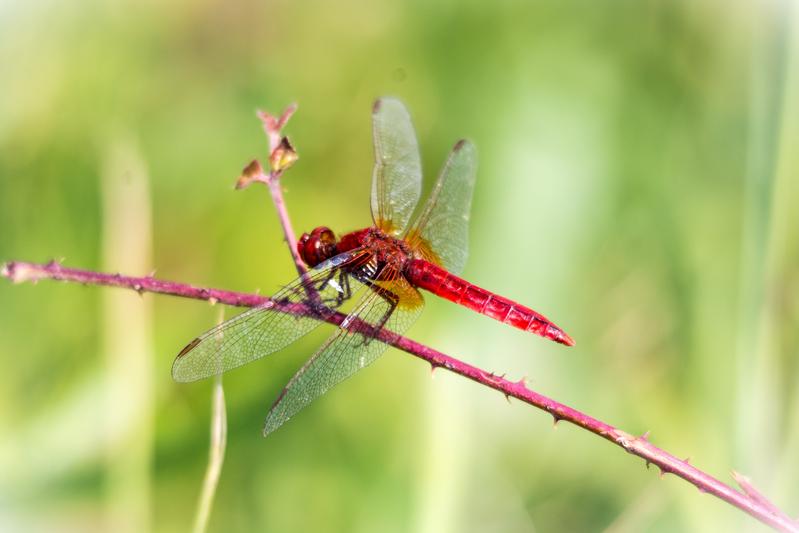 The white-faced darter (Leucorrhinia dubia) is a dragonfly species typical of raised bogs. 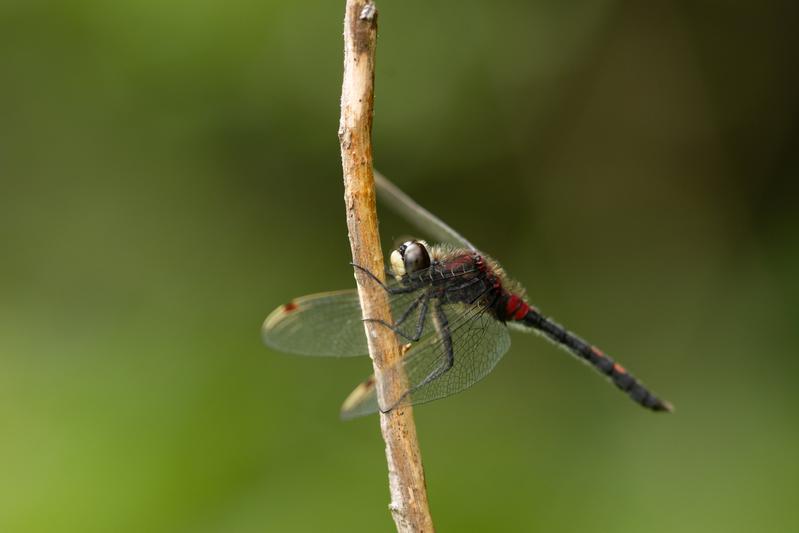