Acoustic communication is not only widespread in land vertebrates like birds and mammals, but also in reptiles, amphibians, and fishes. Many of them are usually considered mute, but in fact show broad and complex acoustic repertoires. According to researchers at University of Zurich, the evolutionary origin of vocal communication dates back more than 400 million years.

The use of vocalizations as a resource for communication is common among several groups of vertebrates: singing birds, croacking frogs, or barking dogs are some well-known examples. These vocalizations play a fundamental role in parental care, mate attraction and various other behaviors. Despite its importance, little is known about when and at what stage in the evolutionary history of vertebrates this behavior first appeared. Comparative analyses can provide insights into the evolutionary origin of acoustic communication, but they are often plagued by missing information from key groups that have not been broadly studied.

An international research team led by the University of Zurich (UZH) has therefore focused on species that have never been accessed before. Their study includes evidence for 53 species of four major clades of land vertebrates – turtles, tuataras, caecilians and lungfishes – in the form of vocal recordings and contextual behavioral information accompanying sound production. “This, along with a broad literature-based dataset including 1800 different species covering the entire spectrum shows that vocal communication is not only widespread in land vertebrates, but also evidence acoustic abilities in several groups previously considered non-vocal,” says first author Gabriel Jorgewich-Cohen, PhD student at the Paleontological Institute and Museum of UZH. Many turtles, for example, which were thought to be mute are in fact showing broad and complex acoustic repertoires.

To investigate the evolutionary origins of acoustic communication in vertebrates, the researchers combined relevant data on the vocalization abilities of species like lizards, snakes, salamanders, amphibians, and dipnoi with phylogenetic trait reconstruction methods. Combined with data of well-known acoustic clades like mammals, birds, and frogs, the researchers were able to map vocal communication in the vertebrate tree of life. “We were able to reconstruct acoustic communication as a shared trait among these animals, which is at least as old as their last common ancestor that lived approximately 407 million years before present,” explains Marcelo Sánchez, who led the study.

So far, the scientific consensus favored a convergent origin of acoustic communication among vertebrates since the morphology in hearing apparatus and its sensitivity as well as the vocal tract morphology vary considerably among vertebrates. But according to the UZH researchers, the available evidence for this hypothesis lacks relevant data from key species so far considered non-vocal or neglected. “Our results now show that acoustic communication did not evolve multiple times in diverse clades, but has a common and ancient evolutionary origin,” concludes Sánchez.

<
Tuatara are found only on New Zealand islands and are considered living fossils. They also communica ...
Gabriel Jorgewich Cohen
University of Zurich

<
Tuatara are found only on New Zealand islands and are considered living fossils. They also communica ...
Gabriel Jorgewich Cohen
University of Zurich

Tuatara are found only on New Zealand islands and are considered living fossils. They also communicate acoustically. 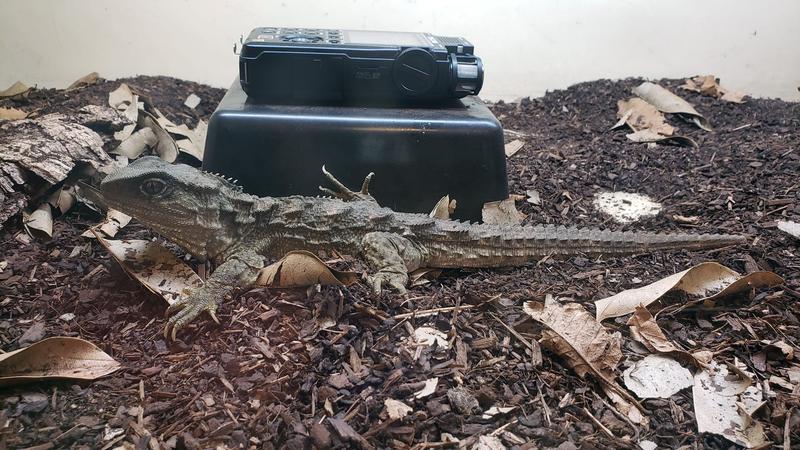 The researchers were even able to detect acoustic communication in lungfish. 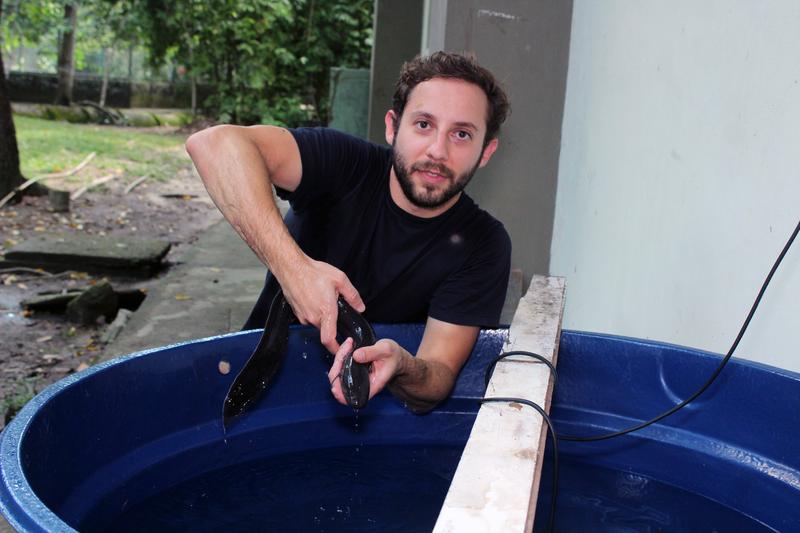