Professor Ivan Đikić, Director of the Institute of Biochemistry II at Goethe University, will be awarded the Louis-Jeantet Prize for Medicine for his contributions to research into the ubiquitin system, one of the cell's central regulatory systems. The award will be bestowed on Đikić and his cooperation partner Prof. Brenda Schulman from the Max Planck Institute of Biochemistry in Martinsried, near Munich. This was announced today by the Swiss Louis-Jeantet Foundation. The Louis-Jeantet Prize for Medicine is one of the most prestigious awards for biomedical research and is endowed with 500,000 Swiss francs (about 500,000 euros).

FRANKFURT. The cells of our body need thousands of proteins for growth, metabolism and signal processing. These proteins are produced and degraded again in orchestrated processes. Certain enzymes, so-called E3 ligases, attach small protein chains consisting of ubiquitin units to defective, superfluous or harmful proteins, thereby signaling to the cell's "shredder", the proteasome, that the respective proteins should be broken down into their components again. Prof. Ivan Đikić has been researching this ubiquitin system for many years and developing methods to use it to combat diseases.

Prof. Enrico Schleiff, President of Goethe University, congratulated the award winner: "With his pioneering work, Ivan Đikić has shown that ubiquitination not only controls the degradation and self-renewal processes in the cell, but that there are different types of ubiquitin chains that collectively intervene in the regulation of almost all cellular functions. He has thus radically expanded our understanding of the ubiquitin system and revealed its connection to diseases such as cancer and neurodegenerative disorders."

Schleiff also highlighted the innovative application potential of Đikić's research work: "Ivan Đikić is a brilliant researcher. Among others, he heads the Cluster4Future PROXIDRUGS, which is breaking new ground in the development of medical agents based on the ubiquitin system. One possible application would be the targeted administration of cancer-promoting proteins to the cellular degradation system. His research opens the way to a completely new class of drug substances that can be used to address the numerous disease-relevant proteins that have so far been inaccessible by traditional small molecules. The development of such novel substance classes is also an important research topic in our EMTHERA cluster initiative, which we launched together with Johannes Gutenberg University Mainz and which is led by Ivan Đikić and last year's award winner Özlem Türeci."

Đikić said: "I am so proud to be awarded the Louis-Jeantet Prize for Medicine together with my colleague and friend Brenda Schulman. I am indebted to all members of my laboratory, colleagues in Frankfurt, and all collaborators around the world, who have demonstrated that the culture of working together and sharing data is real joy and is also critical for promoting impactful scientific discoveries. Our research has helped position Frankfurt and Goethe University among the leading centers for biomedical research in Germany."

Born in 1966, Ivan Đikić studied medicine at the University of Zagreb and received his PhD from New York University. He founded his first independent group at the Ludwig Institute for Cancer Research in Uppsala before being appointed Professor of Biochemistry at Goethe University Frankfurt. Since 2009, Đikić has headed the Institute of Biochemistry II here as Director. From 2009 to 2013, he also acted as founding director of the Buchmann Institute for Molecular Life Sciences. In 2018, Đikić was appointed Fellow of the Max Planck Institute of Biophysics in Frankfurt. He is spokesperson of the Federal Ministry of Education and Research-funded Cluster4Future PROXIDRUGS, the German Research Foundation (Deutsche Forschungsgemeinschaft, DFG)-funded Collaborative Research Centre 1177 on selective autophagy, as well as co-spokesperson of the cluster project ENABLE and designated spokesperson of the planned excellence initiative EMTHERA. In addition, he was recently able to acquire his third Advanced Grant from the European Research Council (ERC). Đikić has received numerous awards for his biomedical research, including the Gottfried Wilhelm Leibniz Prize in 2013. He is an elected member of the German National Academy of Sciences Leopoldina, the European Molecular Biology Organization (EMBO) and was also inducted into the American Academy of Arts and Sciences.

The Swiss Louis-Jeantet Foundation has been awarding the Louis-Jeantet Prize annually since 1986 to scientists who have distinguished themselves in the field of biomedical research in one of the member states of the Council of Europe. The Louis-Jeantet Prize for Medicine is endowed with 500,000 Swiss francs, of which 450,000 are earmarked for the continuation of the laureates' research and 50,000 for their personal use. 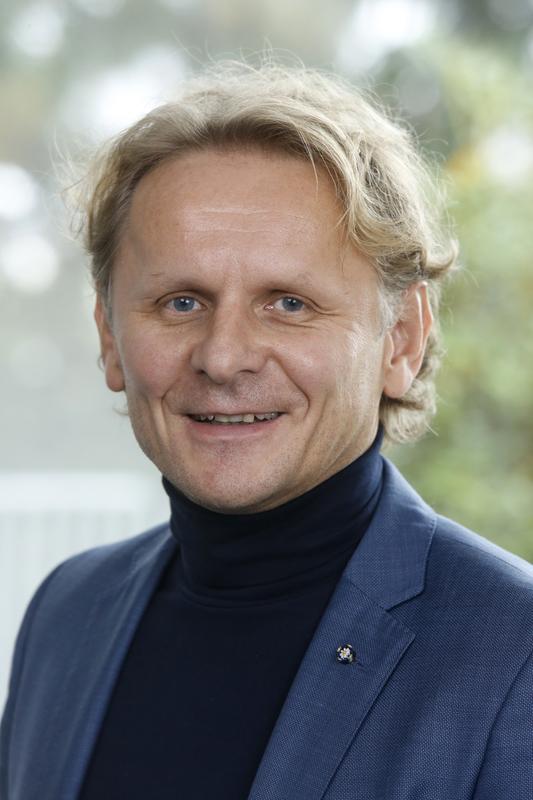